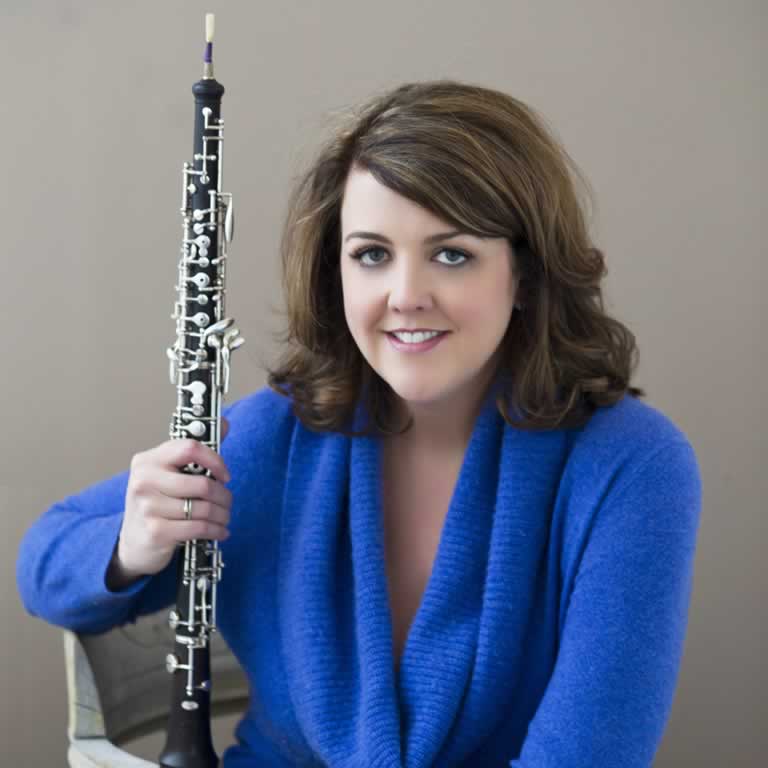 Katherine Young Steele is the principal oboe of the Milwaukee Symphony Orchestra, a position she has held since 2012. Of her recent performances of Richard Strauss’ Oboe Concerto with Music Director Edo de Waart, Steele was praised for her “engrossing performance…with a ringing, beautifully centered sound and elegant interpretive direction.” (Milwaukee Journal-Sentinel, 2/15)

Steele was principal oboe of The Florida Orchestra in from 2007-2012, where she appeared as soloist and collaborated on the orchestra’s multi-year cultural exchange with musicians in Havana, Cuba. She has also served as guest principal oboe in the Saint Paul Chamber Orchestra, the San Diego Symphony and the Sarasota Orchestra. From 2003 to 2007, she was a member of the New World Symphony in Miami Beach, Florida, and toured with the orchestra to the Accademia de Santa Cecilia in Rome and twice to Carnegie Hall. Since 2008, Ms. Steele has been co-principal oboe of the Eastern Music Festival. She frequently appears on the Milwaukee chamber music series Frankly Music and Chamber Music Milwaukee. She has also performed in the music festivals of Tanglewood, Spoleto USA, Banff, Music in the Mountains in Durango, Colorado, and with the National Repertory Orchestra.

Ms. Steele currently serves on the faculty of the University of Wisconsin-Milwaukee, and has previously taught at the University of Tampa, St. Petersburg College, and the New World School of the Arts in Miami, Florida. A native of Lancaster, Ohio, Steele holds a Bachelor of Music degree and the prestigious Performer’s Certificate from the Eastman School of Music, and a Master of Music degree from Rice University’s Shepherd School. Her primary teachers include Richard Killmer, Robert Atherholt, and Donna Conaty.