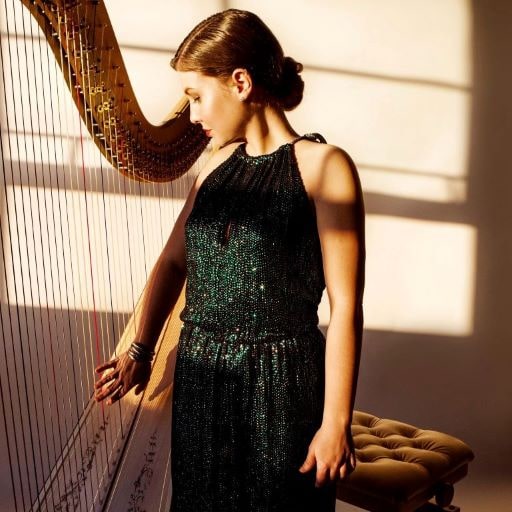 Born in Chicago, Illinois, Julia Coronelli is the Principal Harpist of the Milwaukee Symphony Orchestra and on faculty at the DePaul University School of Music. Previously, she held positions as the Principal Harpist of the Sarasota Orchestra, as well as the New World Symphony in Miami Beach. Her playing has been described by The New York Times as “precise and shimmering”, and as “exquisite,” “exceptional,” and “stunning” by The Miami Herald.

An advocate of new music, Ms. Coronelli has appeared with such esteemed contemporary ensembles as CSO MusicNow, New Juilliard Ensemble, Axiom, Syzygy New Music, and as part of the Festival of Contemporary Music at the Tanglewood Music Festival. Additionally, she has performed as a solo artist with Music of the Baroque in Chicago, and was a member of the Civic Orchestra of Chicago.

Ms. Coronelli holds an MM from The Juilliard School, and a BM from Chicago College of Performing Arts. Her primary teachers were Sarah Bullen, Principal Harpist of the Chicago Symphony Orchestra, and Nancy Allen, Principal Harpist of the New York Philharmonic. She lives in Milwaukee with her fiancé, and fellow Lakes Area Music Festival musician, cellist Jake Hanegan, and their cat Franny.