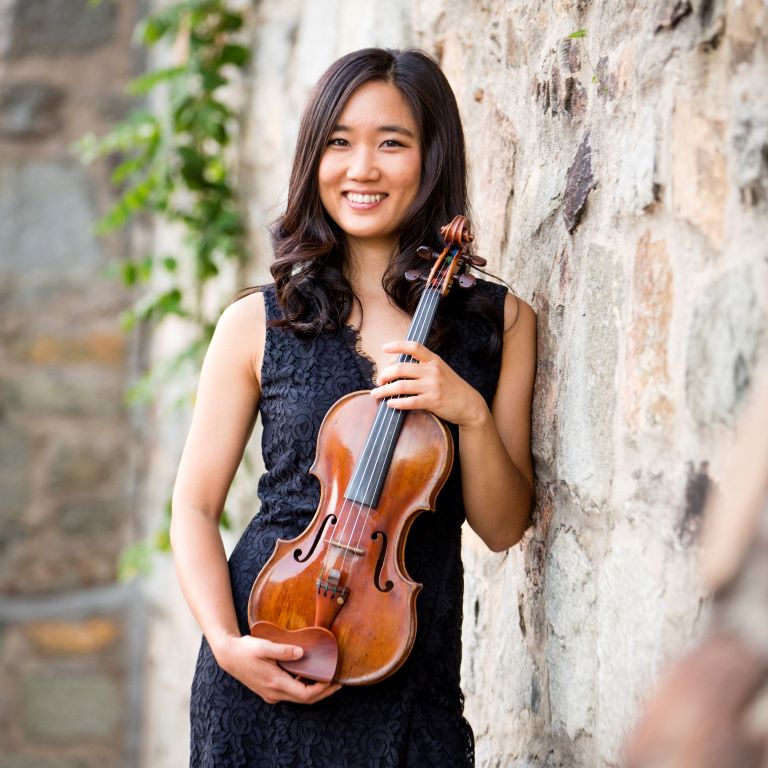 Violinist Jina Lee grew up in Ithaca, NY before moving to Baltimore, MD to complete her undergraduate studies at the Peabody Conservatory and Johns Hopkins University. She received bachelor’s degrees in violin performance and recording arts and sciences as well as a minor in Spanish for the professions. At Peabody, she studied with Shirley Givens, also serving as her teaching assistant.

Jina has had the privilege of traveling the world to perform throughout the US, China, South America, the UK, and Europe. She has been awarded fellowships to attend the Tanglewood Music Center, Aspen Music Festival and Verbier Music Festival. She has also performed with the Spoleto Festival USA Orchestra in Charleston, SC, serving as concertmaster. Jina was a fellow with the New World Symphony under music director Michael Tilson Thomas from 2009-2012. There, she found opportunities to be active in community engagement, and began to explore innovative methods of reaching new audiences. She is a firm believer in the power that music has, to unify, heal, and strengthen communities, as well as to bring about social change. Her passion for making live classical music accessible to everyone has inspired her to curate concert programs for a variety of settings including a “club concert” for string quartet and DJ at a Baltimore club, yoga classes, and a multi genre performance for the annual Green Festival held for BSO Orchkids. Jina performed with the Baltimore Symphony Orchestra for six years, and during that time, she was very active in performing chamber music for BSO community outreach events and worked frequently with BSO’s Orchkids program as a teaching aid for group classes. She also served as a mentor through the BSO Orchlab program, coaching high school string orchestras.

Currently, Jina is the Violin Teaching Artist with the Florida Orchestra, working with the Education and Community Engagement team to increase their social impact in the Tampa Bay community. In addition to performing with TFO, she is Associate Concertmaster of the Sarasota Opera Orchestra and Assistant Concertmaster of the New West Symphony. She also performs as a guest musician with the Philadelphia Orchestra, Naples Philharmonic, and Sarasota Orchestra.