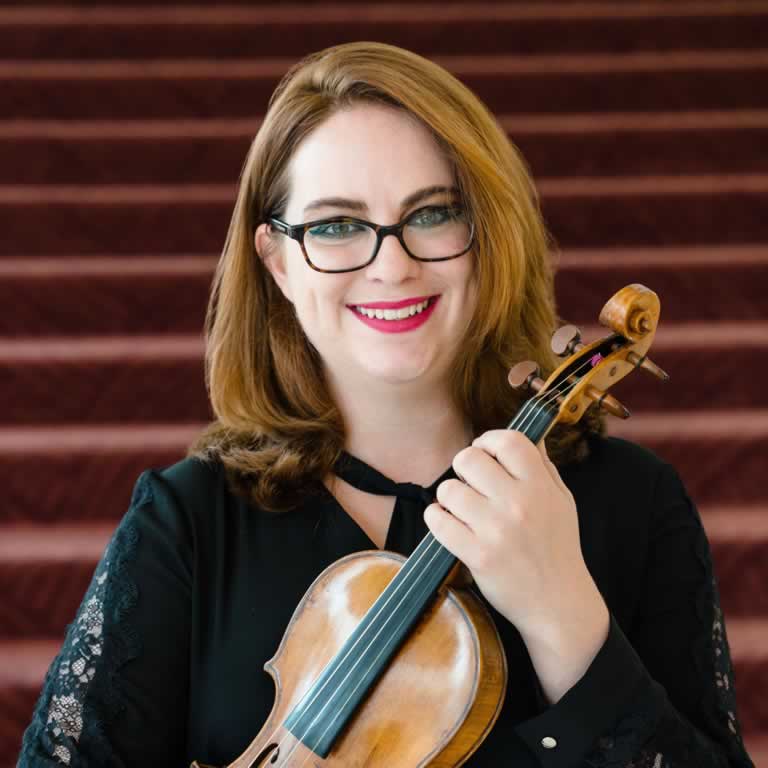 Violinist Jessie Fellows is currently Acting Assistant Principal Second Violin with the San Francisco Symphony. Previously, she also performed frequently with both the St. Louis Symphony and the New York Philharmonic. She has enjoyed touring and performing both chamber and orchestral music throughout the USA, Europe, and Asia. Ms. Fellows’ recent summer festival experience includes BRAVO Vail, the Aspen Music Festival, where she was a Fellow from 2011-2016, Rome Chamber Music Festival, Amelia Island Chamber Music Festival, and Spoleto USA. Born into a musical family, she began her studies at the age of three under the direction of her mother in Tulsa, Oklahoma. Ms. Fellows received her bachelor’s degree from the McDuffie Center for Strings at Mercer University and then received her master’s degree as a Jerome Greene Fellow at The Juilliard School under the tutelage of Ida Kavafian.