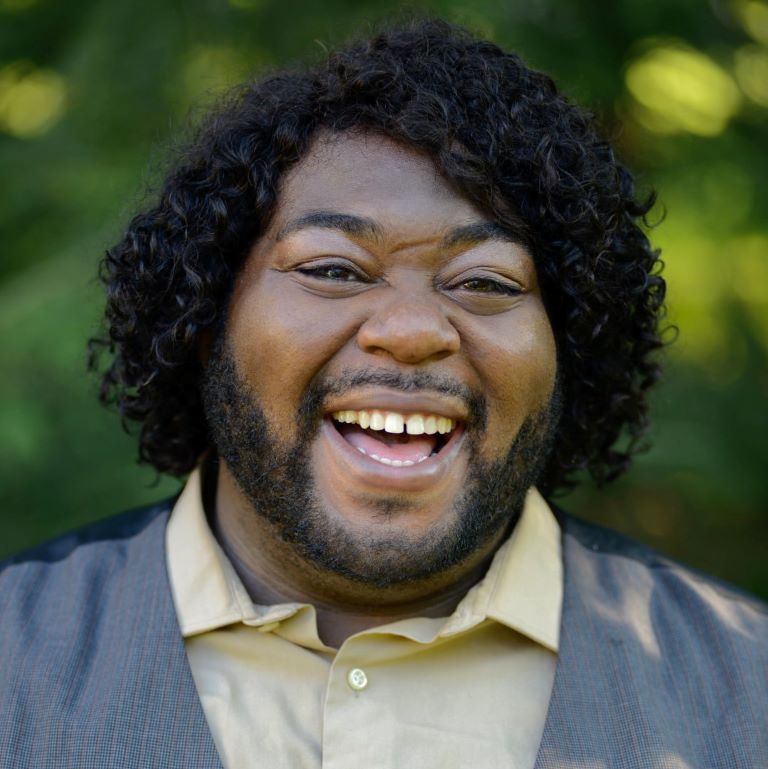 Jeremiah Sanders (they/them/he/him) grew up in Marion, Indiana, singing in church choir with their madea. Now, a nationally awarded baritone described as “a hulk … with robust voice and a flair for comedy” (Herald Times). This season, they join the ranks of Des Moines Metro Opera as an Apprentice Artist and Minnesota Opera as a Resident Artist.

Described as “a composer’s dream to work with,” Sanders regularly workshops and premieres new or rediscovered works. Their substantial interest in 20 th and 21 st century composers and composers of marginalized identities echo their scholarly and artistic musings. Recently, Sanders collaborated with the Cincinnati Song Initiative’s “Let It Be New” endeavor of 10 world premieres this June.

A proud Hoosier, Sanders earned a Performer’s Diploma from the Jacobs School of Music, a Master of Music degree from Butler University, and a Bachelor of Arts Degree in Voice from Manchester University.