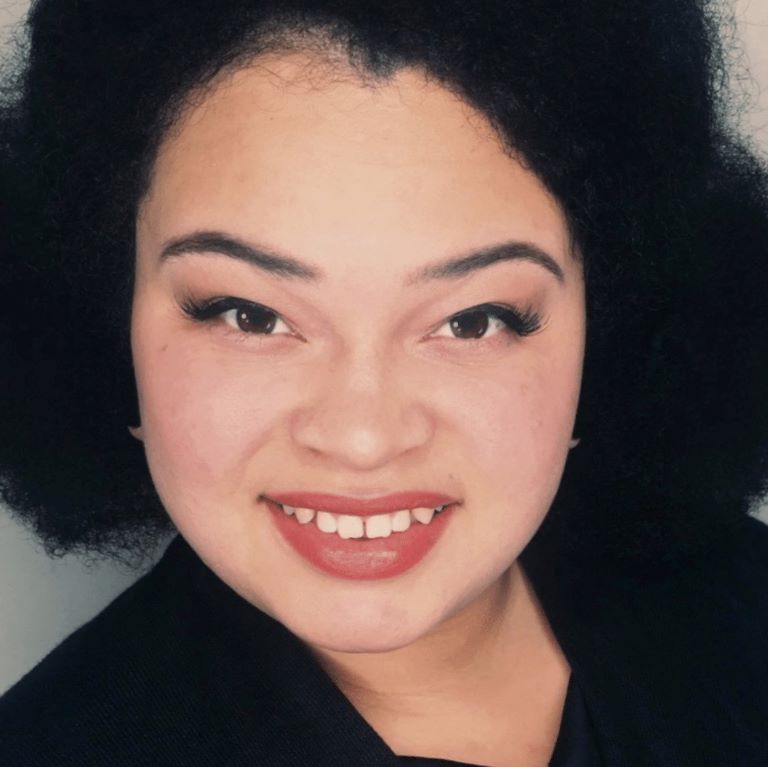 Jasmin White is a mezzo-soprano from Grand Ronde, Oregon.  White’s musical education includes the Artist Diploma in Opera Studies from The Juilliard School (22’), the Master of Music in Voice from Cincinnati College-Conservatory of Music (‘17), and the Bachelor of Music in Vocal Arts from the University of Southern California (‘15). Between professional degrees, White made their debut at The Metropolitan Opera as a soloist and chorus member in the Grammy Award-winning revival of Porgy & Bess (2019). Among White’s performances that were affected by the pandemic are Lucy in Tobias Picker’s Awakenings (Opera Theater of Saint Louis ‘20), King Egeo in Handel’s Teseo (Juilliard ‘21), and two roles with Oratorio Society of New York (2022). In 2021-22, White performed multiple roles at the Juilliard School, including the alto soloist from Prokofiev’s Alexander Nevsky, the mezzo-soprano role in Stravinsky’s Pulcinella, La Gelosia in Orfeo (Rossi), Disinganno in Il Trionfo del Tempo e del Disinganno, and Frau Reich in Die lustigen Weiber von Windsor. This summer, White made their debut with Cincinnati Opera as Kate in Pirates of Penzance and will make the move to Vienna to join the two-year apprenticeship in the opernstudio of Volksoper Wien.