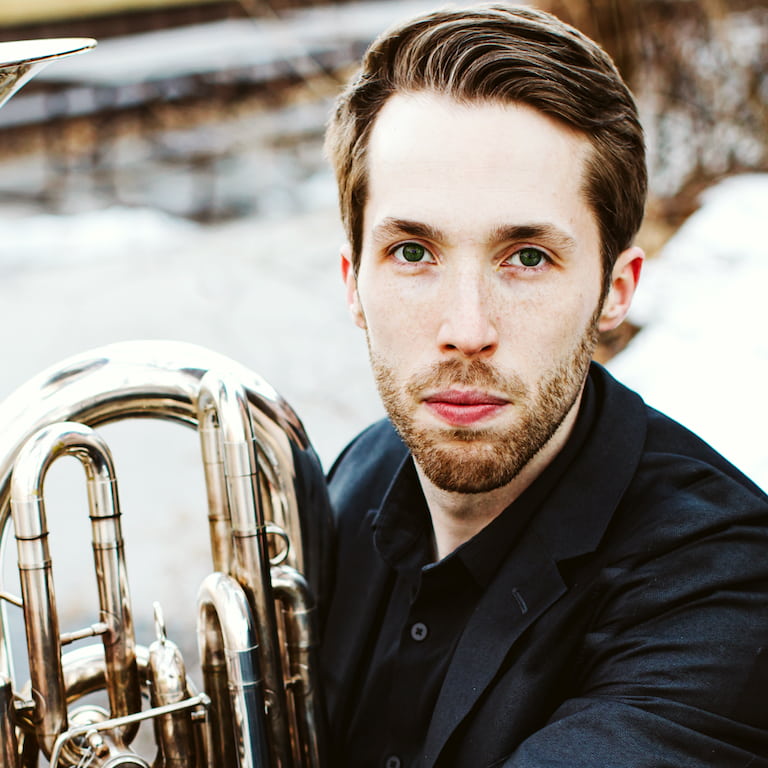 Praised for his “magnificent” playing by the Palm Beach Daily News and his “warm, romantic and seamless sound” by the South Florida Classical Review, Jarrett McCourt is the Instructor of Tuba and Euphonium at the University of Memphis. Jarrett currently holds the Principal Tuba chair of the Ann Arbor Symphony Orchestra, and was previously a member of the Winnipeg Symphony Orchestra, the New World Symphony and the Civic Orchestra of Chicago. Jarrett has performed with a number of different high-level ensembles, including the Chicago Symphony Orchestra, the Detroit Symphony Orchestra, l’Orchestre Symphonique de Montréal, the National Arts Centre Orchestra and the Canadian Brass. Additionally, Jarrett has performed under classical conductors such as Michael Tilson Thomas, Valery Gergiev, Simon Rattle, Fabio Luisi, and Yannick Nezet-Seguin, as well as alongside jazz heavyweights Esperanza Spalding and Wayne Bergeron.

Jarrett has won several international competitions, including the New World Symphony Concerto Competition, the Marta Hidy Competition for Brass in Toronto, and the top prize in the brass category of the Orchestre Symphonique de Montreal’s Standard Life Competition in 2014, becoming the first tubist to do so in the competition’s 75-year history. Additionally, Jarrett was a finalist in the XVI Tchaikovsky Competition (the inaugural year for brass participants) in St. Petersburg, Russia, and the only North American tubist to participate in the live rounds. Jarrett’s debut album “Golden Hour” has just been released on all major streaming platforms, featuring works Jarrett has composed and arranged himself.

As an educator, Jarrett has held positions at the University of Manitoba and Miami Dade College. He earned a Bachelor of Music (Tuba Performance) and a Bachelor of Arts in Philosophy from University of Western Ontario and two Masters degrees (one in Tuba Performance and the other in Chamber Music) from the University of Michigan. His principal teachers have been Brent Adams, Fritz Kaenzig, Craig Knox, Warren Deck and Gene Pokorny. Jarrett is a Miraphone and Warbuton Artist.