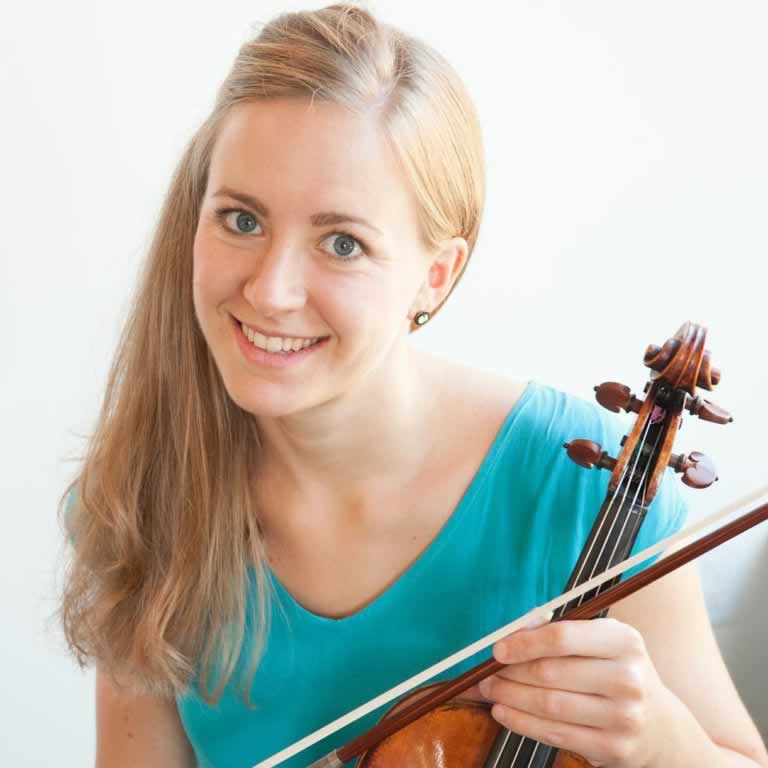 A graduate of Brainerd High School, Heather Mastel-Lipson began playing the violin at age seven. Since then she has performed in music festivals in the United States, Europe and South America. As an orchestral player, Heather is a regular member of Portland Opera and Oregon Ballet Theatre Orchestra. She has performed as concertmaster of several ensembles including the San Francisco Conservatory Orchestra, Eastman Philharmonia and as former associate concertmaster of the Vancouver Symphony Orchestra (WA). Heather has performed with the Reno Philharmonic and holds a spot on the Oregon Symphony Orchestra’s substitute list.

As a chamber musician Heather is a founding member of the Northwest Piano Trio and has performed numerous times with the ensemble on All Classical Portland Public Radio. Heather also performs with her husband, Mario Diaz, in a violin and guitar duo giving concerts around Portland and the Bay Area. Also interested in non-classical music, Heather has toured the country with Five For Fighting and frequently collaborates with cellist, Dave Eggar. She has toured multiple times as concertmaster for celebrated film composer, Helen Jane Long and can be heard on Phillip Phillip’s recent album.

When she is not performing Heather enjoys teaching her private students, coaching chamber music and she is a faculty member of the summer music camp, Young Musicians and Artists (YMA) at Willamette University. Heather holds a bachelor of music degree from the Eastman School of Music and a master of music degree from the San Francisco Conservatory of Music. Her primary teachers include Axel Strauss, Juliana Athayde and Frank Huang. Aside from playing the violin, Heather is an avid swimmer and loves swimming the butterfly across the lakes of Minnesota or the San Francisco Bay (in a wetsuit, of course!) She lives in Portland with her husband and their two children.