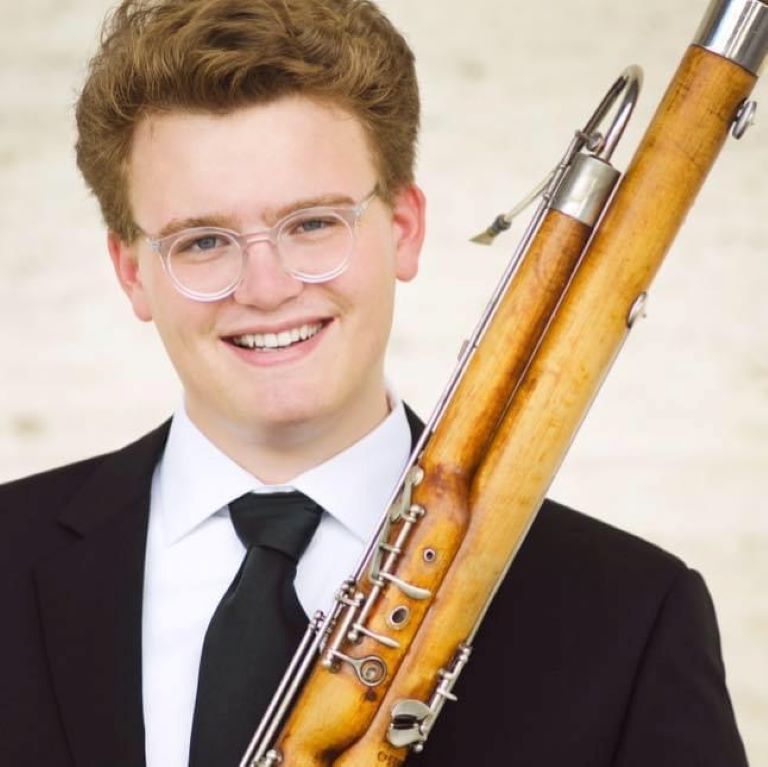 Born in Greenwich, Connecticut, Harrison began his musical education studying with Joyce Kelley before going on to attend the Juilliard Pre-College as a student of Marc Goldberg in 2010. He continued his studies in New York and received his Bachelor of Music from The Juilliard School in May 2017, where he studied with Judith LeClair. In addition to receiving a Kovner Fellowship, Harrison was the winner of Juilliard’s 2017 Peter Mennin Prize for outstanding achievement and leadership in music. The first bassoonist in Juilliard’s history to win concerto competitions in two divisions, Harrison performed as soloist with both the Juilliard Pre-College Orchestra and the Juilliard Orchestra.

In addition to his performances with the Lakes Area Music Festival, Harrison spends his summers on faculty at the Hidden Valley Festival of Winds in Carmel, California.

When he can get some time away from the bassoon, Harrison enjoys spending it with his girlfriend, BSO violinist Holly Jenkins, and their four pets: Ellie, Ivy, Leo, and Sully.