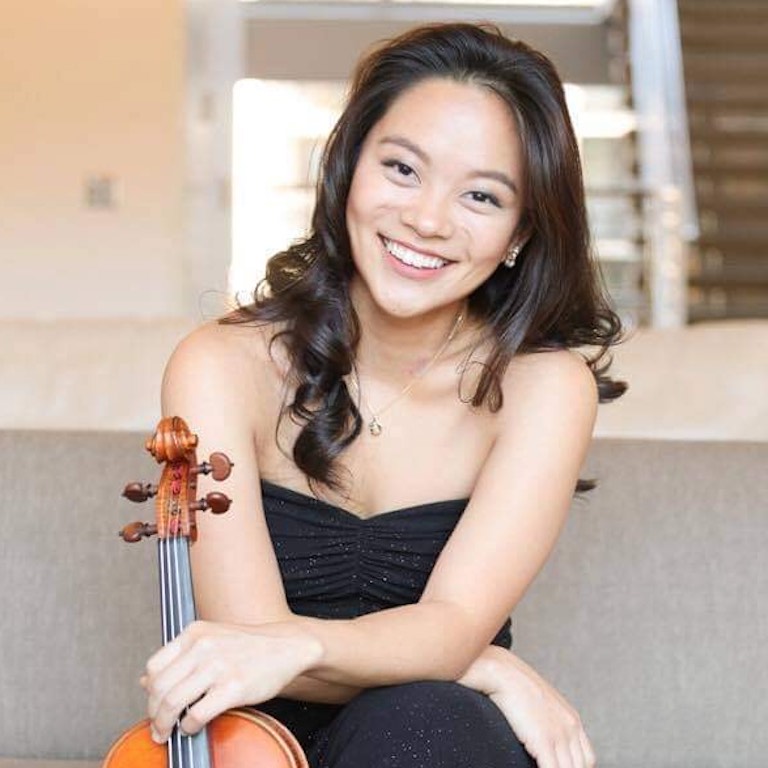 Violinist Hannah Ji joined the first violin section of the St. Louis Symphony Orchestra in 2020 after spending two seasons as a one-year replacement member. Ji’s playing has been hailed by critics as “engaging, mature, well thought-out, and honed down to the finest details” (głos na Wieniawskiego,Polish Radio Journal). She holds a Bachelor of Music degree from Curtis Institute of Music, studying with the late Aaron Rosand, a Master of Music degree from The Juilliard School, studying with Ida Kavafian, and an Artist Diploma degree from The Colburn School, studying with Robert Lipsett. She began her musical studies at the age of seven in South Korea and previously attended Manhattan School of Music’s Precollege Division, studying with Grigory Kalinovsky.

As a soloist, Ji’s performances have been widely publicized on NPR’s “From the Top,” Philadelphia’s WHYY, Taos’ KTAOS Solar Radio, and “Live from Lincoln Center” by PBS, which broadcast throughout North America. She performed in Canada Day concerts with Maestro Pinchas Zukerman in Centre National des Artes, with pianist Jeremy Denk for the non-profit organization, “The Art of Giving Back,” and a gala concert with cellist Yo-Yo Ma and the Silk Road Ensemble at Lincoln Center. Additional venues at which Ji has performed include: The John F. Kennedy Center for the Performing Arts, The Metropolitan Museum of Art, David Geffen Hall, Carnegie Hall, Steinway Hall, Walt Disney Concert Hall and A. Mickiewicz University Hall in Poland. She has also recently performed at the United States Embassy of Canada.

As a classical and contemporary chamber musician, Ji has collaborated with renowned groups and artists such as Jamie Laredo, Jennifer Koh, Roberto Díaz, The Borromeo String Quartet, The Calidore String Quartet and Time for Three. She has worked with members of the Borromeo, Brentano, Shanghai, Emerson, Guarneri and Orion String Quartets, respectively. Ji has been an active participant in The Juilliard School’s ChamberFest and Focus! Festival, which features U.S. and world premieres of works by composers around the world. She was also a contemporary ensemble artist at Atlantic Music Festival. As an orchestra musician, she served as Concertmaster and Principal Second with Symphony in C, Spoleto Festival USA, YMF Debut Orchestra, The Colburn School, The Juilliard School Orchestra and Curtis Symphony Orchestra. She has been a participant at the Sarasota Music Festival, Music Academy of the West, Artosphere Festival Orchestra, Taos School of Music Festival, Bowdoin International Music Festival, Summit Music Festival and the National Arts Centre’s Young Artist Programme.

Additionally, Ji has held Artist Faculty positions at The Danbury Music Centre’s Chamber Music Intensive, The Bronx Conservatory of Music, Manhattan in the Mountains, and The Curtis Institute’s SummerFest Young Artists Program & Adult Chamber Music Program. She was a substitute faculty member at The Manhattan School of Music Precollege Division, and had a large studio in New York City, the students of which have been accepted to conservatories and summer festivals across the country. She currently enjoys working as a mentor through the SLSO’s Mentoring the Music: Peer to Peer program.