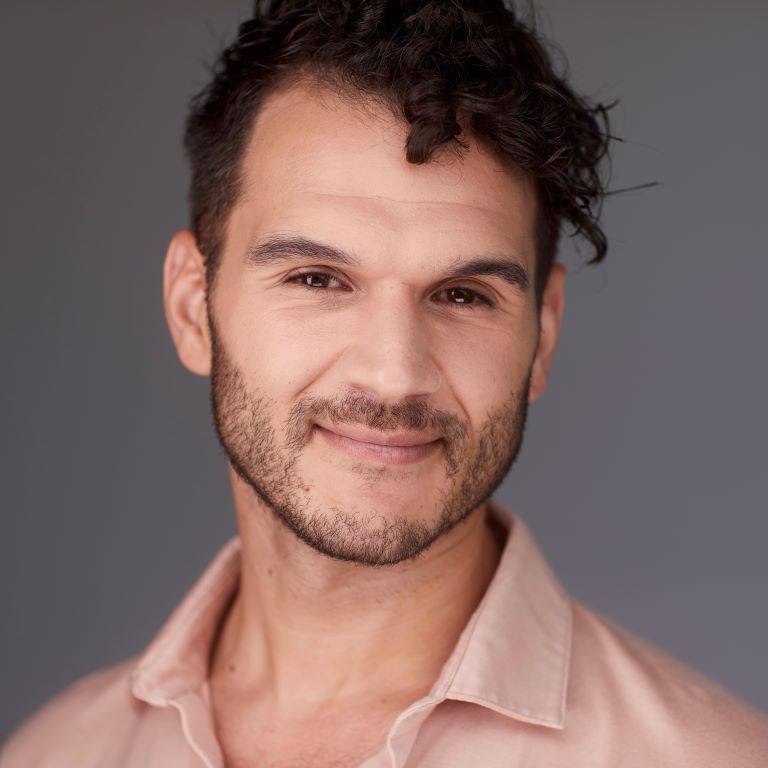 Puerto Rican-American tenor Gabriel Hernandez has been performing since childhood and believes in the power of community and collaboration to create meaningful art. They have been in collaboration with queer community members in the NYC area working on projects that speak to towards community experience, both through locational and personal experience. In the fall of 2021 Gabriel premiered their new project Taking Up Space: Queer Identity in Opera, a photo series dedicated to documenting queer experience in opera by juxtaposing the past and present. The first project of the series was housed in Harlem at the Countee Cullen New York Public Library.

This season, Gabriel joins the Spoleto Festival for the world premiere of Rhiannon Giddens and Michael Abels’ Omar, an opera which narrates Omar Ibn Said’s 1831 autobiography. They will perform in Spoleto Festival’s collaboration with Nico Muhly and Parker Ramsay entitled The Street and join the festival chorus to sing Beethoven’s Symphony No. 9. After Gabriel’s residency with the Spoleto Festival, they cover Belmonte in Die Entführung aus dem Serail with Geneva Light Opera, followed by a role debut as Scaramuccio in Ariadne auf Naxos with Lakes Area Music Festival. In their second world premiere of the season, they portray Abraham Lincoln in Quarry Theater’s Yours Forever, Lincoln; a story highlighting Lincoln’s suspectedly romantic relationships with several men. Gabriel is also in collaboration to premiere the second part of his photo series in Taking Up Space: Queer Identity in Opera, which will refer to and reimagine the various en travesti tropes in opera. Gabriel also continues their ongoing collaborations with Felix Jarrar in a summer concert of Jarrar’s second volume from his Ulster County Songbooks.

Gabriel began their 2021-22 season as a Gate-City Bank resident artist at Fargo-Moorhead Opera where he made a role debut as Joe in Robert Paterson’s Companion, sang the Sergeant in the Barber of Seville, and helped to reimagine FM Opera’s outreach program through digital interactions with local schools. Merola Opera invited Gabriel to participate in their 2021 program led by a new team of artistic directors, where they were featured in the award winning film project Back Home: Through the Stage Door directed by David Paul. He then joined the Lakes Area Music Festival as a Vocal Fellow, and closed out the season by returning to Fargo Moorhead on the main stage as Don Ottavio in Don Giovanni, while his photo series Taking Up Space concurrently debuted in Harlem at the Countee Cullen Library.

The 2020-21 season brought both in person and online performances. Digitally, Gabriel performed in an online broadcast with No. Dominion Theatre Company that dove into the inspiration behind HindSight, a new crime Opera, and participated in Merola Opera’s online enrichment program where he received coaching with Martin Katz. On stage prior to the COVID-19 Pandemic, Gabriel made his company debut as Don Ottavio in Don Giovanni with Bronx Opera, and was a Gate-City Bank Young Artist with Fargo-Moorhead Opera, where he performed Michael Ching’s Speed Dating, Tonight! Gabriel is the recipient of a 2019 Career Bridges Grant and was chosen to participate in OPERA America’s 2019 Career Blueprints for Singers, both providing support for young artists to launch their careers.