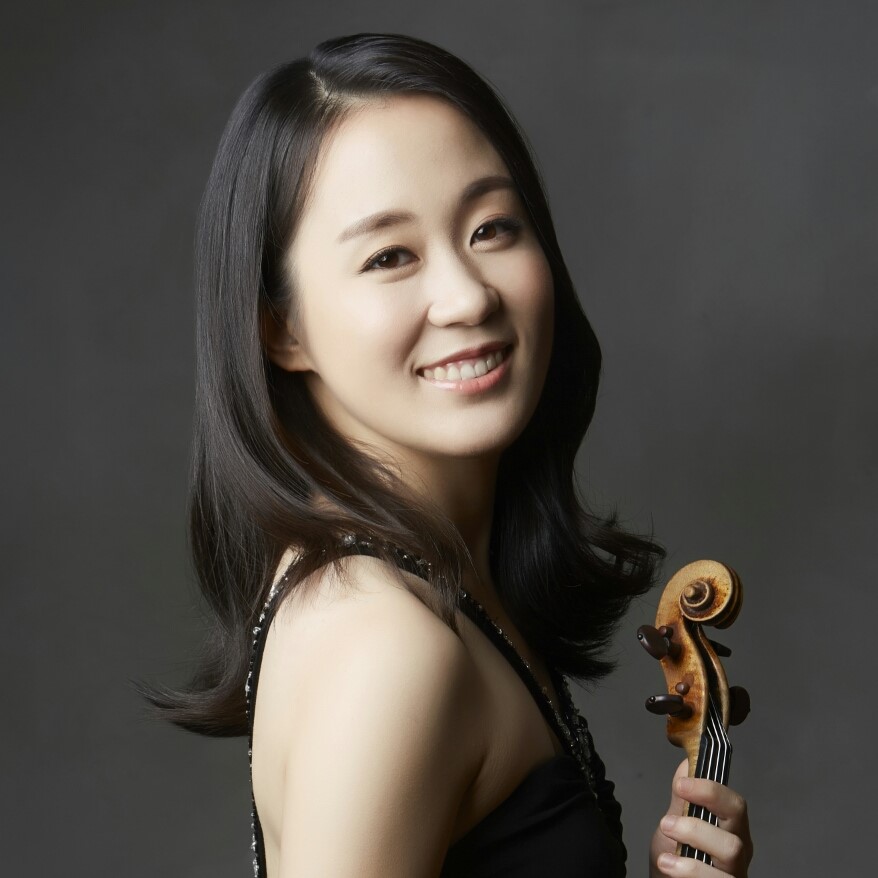 Award-winning violinist Eunae Koh enjoys a rapidly blossoming career as a soloist, chamber musician and teacher. She joined the St. Paul Chamber Orchestra in 2019 and most recently led the ensemble as soloist in Vivaldi’s ‘Four Seasons’. Acclaimed worldwide for her exceptional musicianship, she has won major international awards including Second Prize and Chamber Music Prize at the Michael Hill International Competition and the Special Prize at the Isang Yun International Competition.

Eunae made her concerto debut at the age of 9 with the Seoul Symphony Orchestra and won numerous national competitions in her native South Korea. Soon after coming to the United States in 2013, she made her U.S. debut performing the Brahms Concerto in Jordan Hall with the New England Conservatory Symphony Orchestra.

As a soloist, she has performed with the Auckland Philharmonic Orchestra, Korean Chamber Orchestra and many others. She has given recitals in many countries including Germany, New Zealand, the U.S. and South Korea. Her performances have been broadcasted on ArteTV, KBS Classic FM and the Minnesota Public Radio.

Eunae is passionate about teaching. As teaching assistant of Donald Weilerstein and Young Uck Kim, she taught undergraduate and graduate students at the New England Conservatory and Seoul National University. She joined the faculty at Yellow Barn Music Festival’s Young Artists Program in 2018. In 2020, she expanded her studio online.

After completing Bachelor’s degree at Seoul National University, Eunae received a Master’s degree and a Graduate Diploma at the New England Conservatory. She is currently completing a Doctoral thesis at the Manhattan School of Music. Her primarily mentors are Mark Steinberg, Donald Weilerstein and Young Uck Kim.