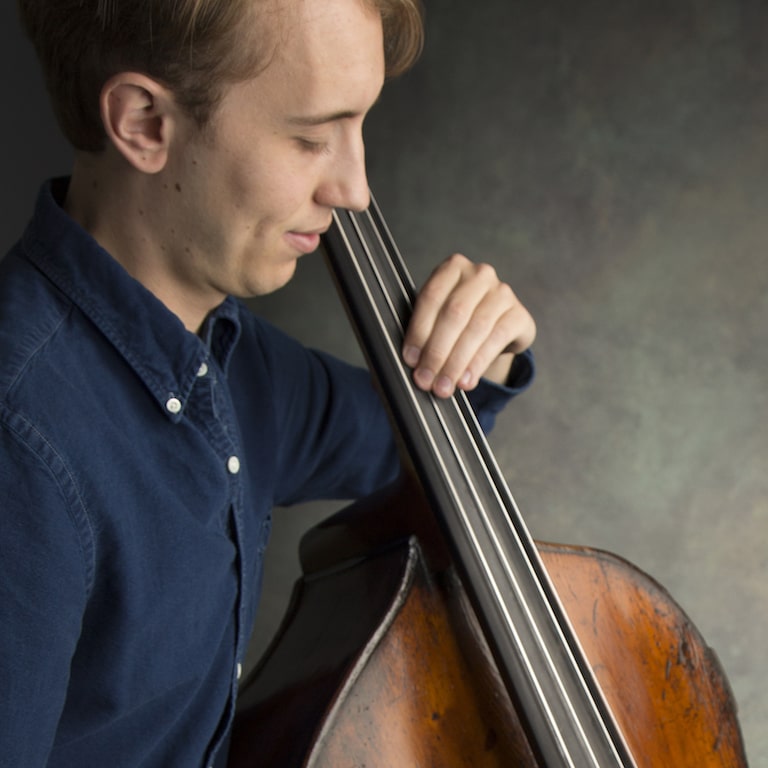 Hailed as “nothing short of superb,” double bassist Drew Banzhaf is an active orchestral and chamber musician based in Baltimore. He spent three years as a guest musician of the Baltimore Symphony Orchestra from 2017-2020.

Banzhaf appears regularly with the Chicago Symphony Orchestra, Chicago Lyric Opera, Atlanta Symphony Orchestra, Milwaukee Symphony, and Minnesota Orchestra, and has spent three summers with the Verbier Festival Orchestra in Switzerland. His artistry earned him a fellowship with the New World Symphony in Miami Beach from 2014-2017.

Banzhaf joined the roster of the Midsummer’s Music Festival in 2016 where he performs chamber music concerts throughout Door County, Wisconsin.  Highlights of additional chamber music collaborations include his acclaimed performance of Edgar Meyers’s Concert Duo for Violin and Bass.

Inspired by his students, Drew maintains a private studio and was a faculty member at the Miami Music Project.  In 2016, he taught and led master classes through La Academia Filarmonica de Medellin in Colombia, South America.