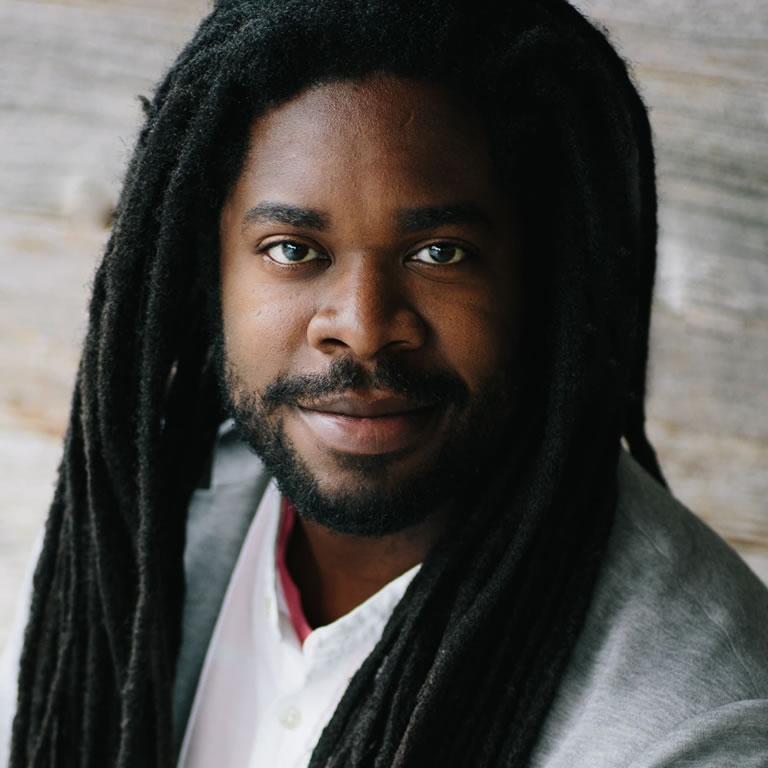 Praised for his “nobility and rich tone,” (The New York Times) bass-baritone Dashon Burton has established a world-wide career in opera, recital, and in many works with orchestra. In key elements of his repertoire — Bach’s St. John and St. Matthew Passions and the Mass in B Minor, Mendelssohn’s Elijah, Beethoven’s Symphony no. 9, Brahms’ Requiem, Handel’s Messiah, and Mozart’s Requiem – Dashon is a frequent guest with ensembles such as Philharmonia Baroque, the Handel and Haydn Society, and Boston Baroque; the Carmel and Bethlehem Bach Choir Festivals, and the symphony orchestras of Baltimore, Cincinnati, Cleveland, Indianapolis, Kansas City, New Jersey, Oregon, the Royal Stockholm Philharmonic, and the St. Paul Chamber Orchestra. He is a regular guest with the Cleveland Orchestra and Franz Welser-Möst, appearing there in Brahms’ and Mozart’s Requiems, the groundbreaking animated production of Janacek’s Cunning Little Vixen and, most recently, at home and on tour in Europe and Japan in Beethoven’s Symphony No. 9.

Burton’s opera engagements include singing Sarastro in Mozart’s Die Zauberflöte in Dijon and Paris, and the role of Jupiter in Rameau’s Castor and Pollux with Christoph Rousset and Les Talens Lyriques. He has toured Europe in Bach’s St. John Passion with Christoph Prégardien’s Le Concert Lorraine, and in Italy with Maasaki Suzuki and the Yale Schola Cantorum in the St. Matthew Passion.

Dashon has won prizes from the ARD International Music Competition and the International Vocal Competition in ‘s-Hertogenbosch, and from the Oratorio Society of New York and the Bach Choir of Bethlehem’s Competition for Young American Singers. He graduated from the Oberlin College Conservatory of Music, and received his Master of Music degree from Yale University’s Institute of Sacred Music.