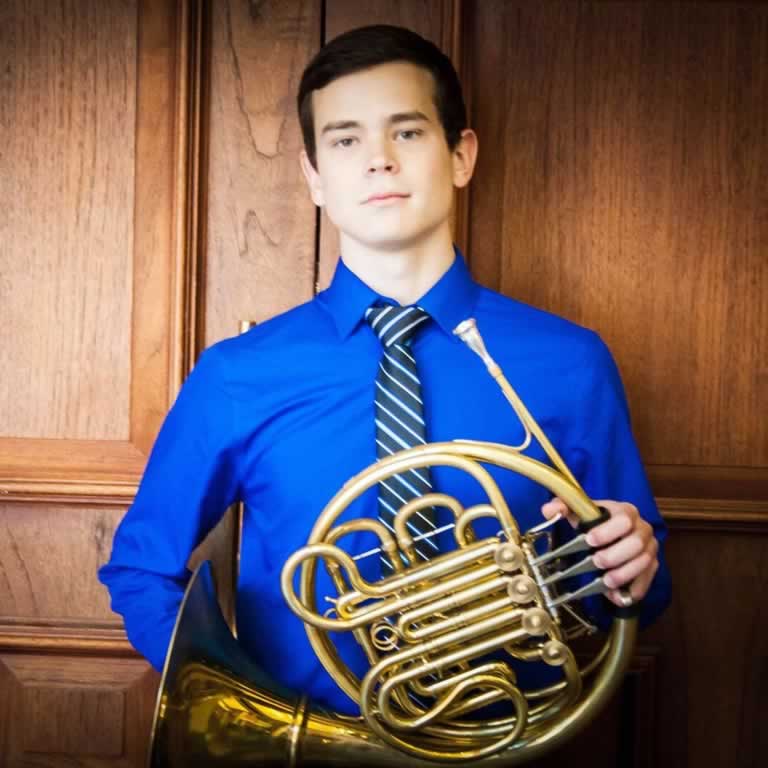 A native of Chandler, Texas, Daniel Hawkins began his career as the new Utility Horn of the San Francisco Symphony starting in September 2017. He was the National Winner of the Music Teacher’s National Association Young Artist Brass competition in 2014 and won First Place in the Mid-South Horn Workshop Concerto Competition in 2010. Mr. Hawkins has performed with ensembles around the country, including the San Francisco Symphony, Houston Symphony, Dallas Symphony, San Antonio Symphony, and the New World Symphony. He has also participated in Masterclasses with several horn pedagogues, such as William VerMeulen, Barry Tuckwell, David Cooper, Gail Williams, and Andrew Bain. During the past few summers, he has participated in numerous music festivals, including the Texas Music Festival, Sarasota Music Festival, Round Top Music Festival, and the National Repertory Orchestra. Mr. Hawkins started his college career at Stephen F. Austin State University in Nacogdoches, Texas studying with Dr. Charles Gavin. After studying with him throughout high school and one year of college, he then transferred to Southern Methodist University in Dallas, Texas to obtain his Bachelor’s degree in Horn Performance where he studied with Gregory Hustis and Haley Hoops. Starting in August of 2015, he moved to Houston, Texas to study with William VerMeulen to receive a Master’s degree from The Shepherd School of Music at Rice University.