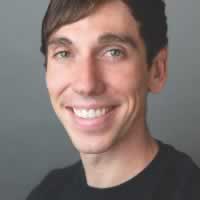 A native to Los Angeles, Christopher began training at Los Angeles High School for the Arts. During his summers, he trained at The Joffrey Ballet, Boston Ballet, and Milwaukee Ballet. From there, he was accepted to The Juilliard School in New York where he graduated with a Bachelor of Fine Arts. During his time there, Christopher had the privilege to dance in the International Festival in Edinburgh. Upon graduation he joined Alberta Ballet for three seasons before joining Oregon Ballet Theatre in 2016, where currently dances. Some of his favourite performances include Nacho Duato’s Gnawa, William Forsythe’s Herman Shmerman, and Paul Taylor’s Sunset.