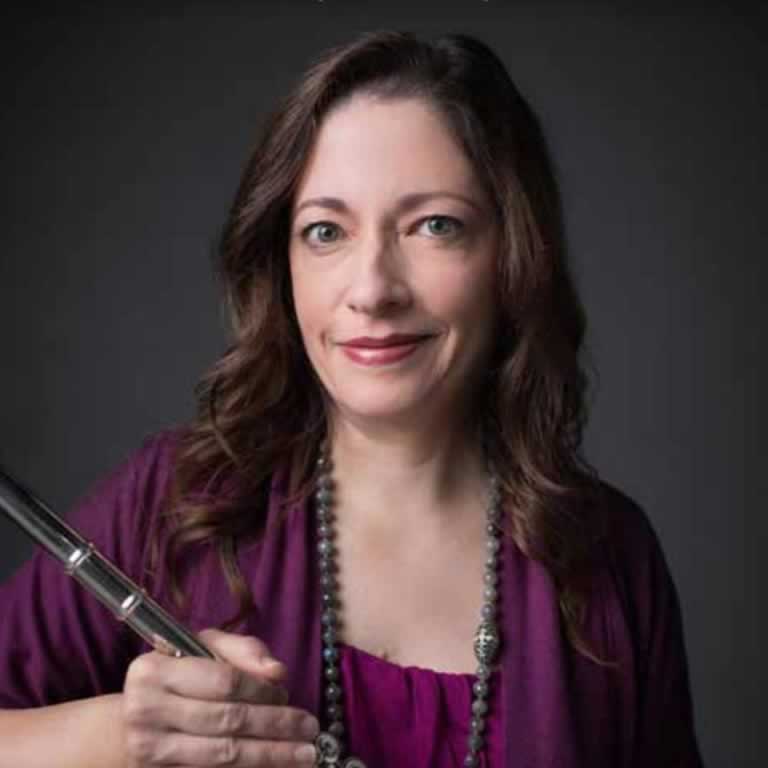 Christina Smith is one of the most sought-after flutists in the country as an orchestral player, soloist, chamber musician, and teacher. The 2020-21 season is her thirtieth season as principal flutist of the Atlanta Symphony Orchestra, where she holds the Jill Hertz Principal Flute chair. Ms. Smith’s flute solos can be heard on over 40 ASO recordings. She has also appeared with the orchestra numerous times as concerto soloist. Ms. Smith performed the southeastern U.S. premiere of Finnish composer Kaija Saariaho’s “L’aile du songe,” with Robert Spano conducting.

After graduating from Interlochen Arts Academy, Ms. Smith studied at the Curtis Institute of Music as a pupil of the legendary Julius Baker. She has appeared as guest principal flutist with the Chicago Symphony, LA Philharmonic, the Vancouver Symphony, the Baltimore Symphony, the St. Paul Chamber Orchestra, and the Pittsburgh Symphony. She earned critical acclaim while performing on the latter ensemble’s European Tour.

A prolific and accomplished chamber musician, she has also helped launch a pre-concert chamber music series featuring ASO musicians—a program that began its first official season in 2011-12, and is now thriving both financially and artistically. Ms. Smith’s longtime collaboration with ASO principal harpist Elisabeth Remy Johnson resulted in the release of a duet album entitled “Encantamiento.”

Equally passionate about teaching, Ms. Smith serves on the faculty at Kennesaw State University and Emory University. She performs on vintage flutes, handmade by Verne Q. Powell, and she is proud to be a Powell Artist.