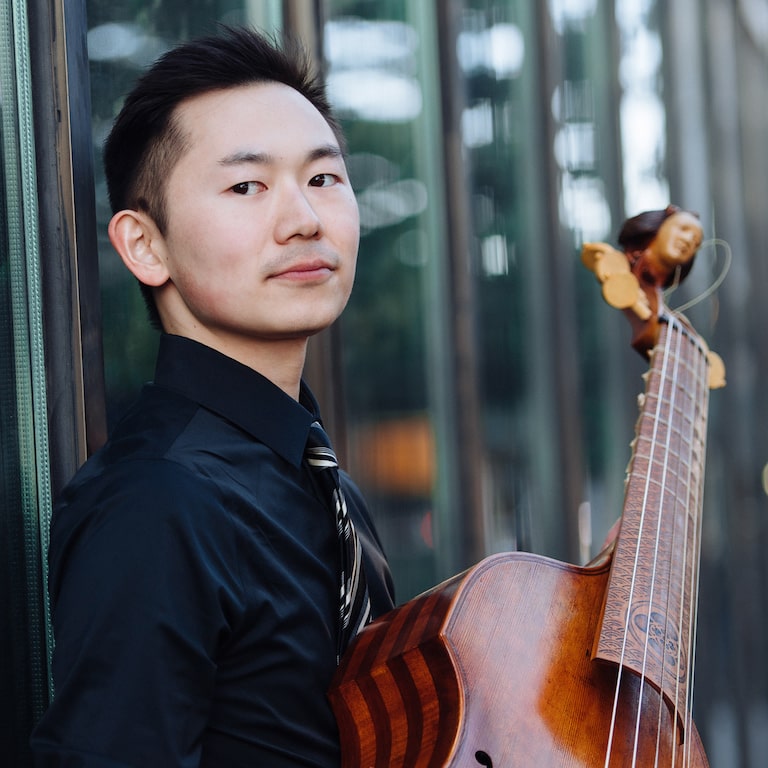 Gold medalist and first-ever American laureate of the 7th International Bach-Abel Competition, Arnie Tanimoto has quickly established himself as one of the foremost viol players in the United States. Described by the New York Times as a ”fine instrumental soloist” he has performed and recorded in venues across North America and Europe with the likes of Barthold Kuijken, the Boston Early Music Festival Ensemble, and the Smithsonian Consort of Viols.

Arnie was the first-ever viola da gamba major at the Juilliard School, where he soloed on both viola da gamba and baroque cello. In 2017 he was awarded with a Frank Huntington Beebe Fund Fellowship and subsequently finished his studies at the Schola Cantorum Basiliensis in Basel, Switzerland. His principal teachers include Paolo Pandolfo, Sarah Cunningham, and Christel Thielmann. As a teacher, Arnie serves on faculty at the Mountainside Baroque Summer Academy, as well as maintaining a private studio in New York City. He holds additional degrees from Oberlin Conservatory and the Eastman School of Music.