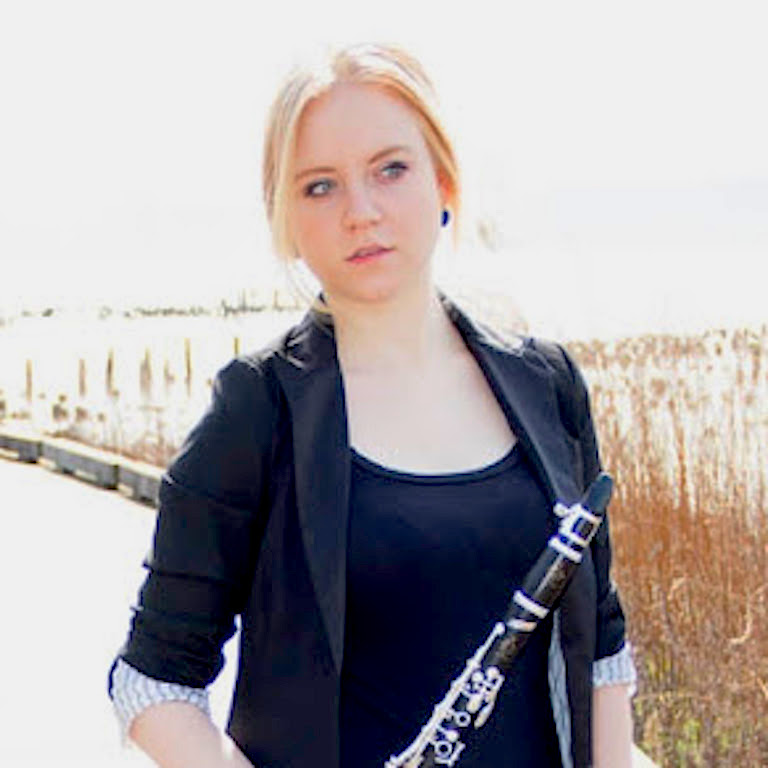 Praised for her “incisive” playing by the New York Times, clarinetist Anna Brumbaugh is an highly sought after orchestral player, chamber musician, and soloist. Currently principal clarinet of the Florida Grand Opera and the Palm Beach Symphony, she has also performed professionally with groups such as the American Ballet Theatre Orchestra, The Orchestra of St. Luke’s, The Colorado Music Festival Orchestra, and The Barbados Classical Pops All-Star Orchestra. For the past five years, she has been a part of the Lakes Area Music Festival in Brainerd, Minnesota, a progressive summer music festival dedicated to providing classical music concerts free of charge. She has performed in venues such as the Metropolitan Opera House, Carnegie Hall, Avery Fisher Hall, and with conductors such as Semyon Bychkov, Emmanuel Villaume, and Marin Alsop.

Ms. Brumbaugh has been highlighted as a chamber musician and soloist and recently collaborated with the Eastman Wind Ensemble to record the Stravinsky Octet for their latest CD, available from AVIE Records. In the 2013-2014 season, she won the 2013 Lynn University Concerto Competition, was awarded the $8,000 second prize at the National level of the 2013 National Society of Arts and Letters Woodwind Competition, and performed as a soloist with the Miami Mozarteum Orchestra, the Lakes Area Music Festival Orchestra, and for the Florida Premiere of Harold Farberman’s “Triple Play: A Concerto for Clarinet.”

A passionately dedicated educator, Ms. Brumbaugh worked as a mentor for the Juilliard Pre-College Division and taught students through two of Juilliard’s Educational Outreach Programs, the “Music Advancement Program” and the “Instrumental Music Program.” She is currently a music mentor at the Plumosa School of the Arts in Delray Beach, Florida. Through these programs, she is helping bring classical music to children from backgrounds underrepresented in American performing arts.

Ms. Brumbaugh earned her Master of Music degree in Clarinet Performance from the Juilliard School in May of 2013. She was awarded her Bachelor of Music with High Distinction and the coveted Performer’s Certificate from the Eastman School of Music in 2011. Ms. Brumbaugh is currently pursuing her Professional Performance Certificate at Lynn University. Her major teachers have included Jon Manasse, internationally acclaimed soloist, and Bil Jackson, former principal clarinet of the Colorado Symphony.

A native of Boulder, Anna enjoys hiking, camping, and painting in her beautiful home state of Colorado.