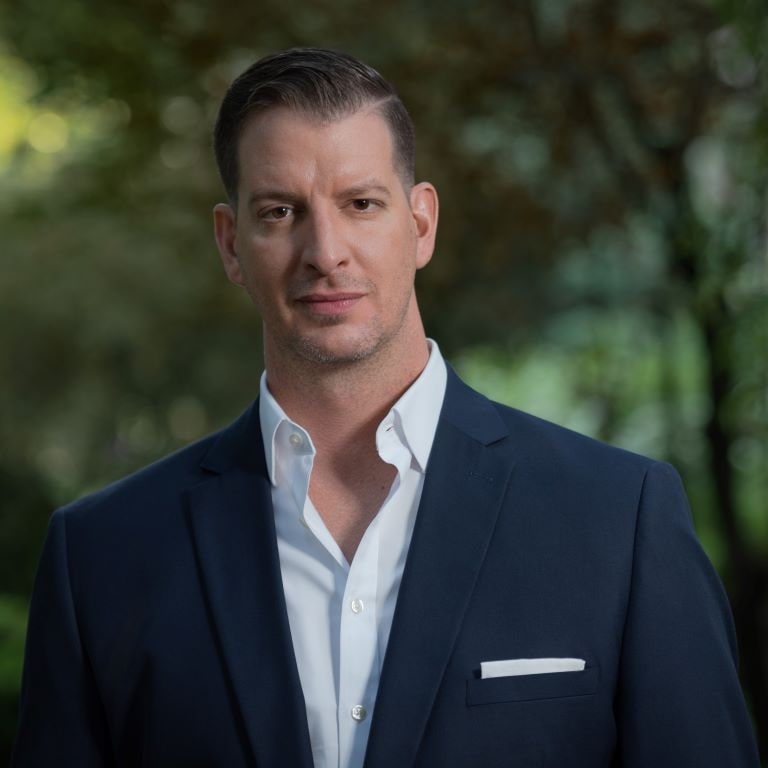 Andrew Potter, bass, has garnered increasing demand across the country for his larger-than-life stage presence and voice to match. Of his recent performance in L’elisir d’amore, Opera Today hailed, “With his huge, all‐encompassing bass voice and precise comic timing he nearly stole the show.”

Last season, Andrew was one of the lucky ones to be able to continue to perform: in addition to a series of virtual concerts, he joined Opera Santa Barbara in the title role of Don Pasquale, Pacific Opera Project as Sam in Trouble in Tahiti, and Southern Illinois Festival for Covid fan Tutte.

This season, engagements include Simone in Gianni Schicchi for Tulsa Opera, Sarastro in The Magic Flute for Eugene Opera, Sparafucile in Rigoletto for Opera Orlando, Commendatore in Don Giovanni with Indianapolis Opera, René in Iolanta with Pacific Opera Project, and Prince Gremin in Eugene Onegin with Union Avenue Opera.  He will also sing Mozart’s Mass in C Major for Mid-Ohio Civic Opera, and Verdi’s Requiem for Michigan State University.

Future seasons include several important house debuts, joining Seattle Opera as Abimelech in Samson et Dalila as well as for their World Premiere of A Thousand Splendid Suns, and Portland Opera as Vodnik in Rusalka.  He will also join Livermore Valley Opera as Belcore in Elisir d’Amore and return to Opera Grand Rapids as The Pirate King in Pirates of Penzance.

Previous engagements have included Prince Gremin in Eugene Onegin with Livermore Valley Opera, Poo-Bah in Mikado with Opera Grand Rapids, Sulpice in Daughter of the Regiment and Dr. Dulcamara in L’elisir d’amore with Winter Opera St. Louis, Sherlock Holmes and the Case of the Fallen Giant with American Lyric Opera, The Bonze in Madama Butterfly with St. Petersburg Opera, Hunding in Die Walküre, Fafner in Das Rheingold and Colline in La bohème with Pittsburgh Festival Opera, Vodnik in Rusalka with Steamboat Opera, Osmin in Die Entführung with Opera Orlando, Colline in La bohème with Anchorage Opera and Indianapolis Opera, his Tulsa Opera début as The King in The Little Prince, Sarastro in The Magic Flute and Il Commendatore in Don Giovanni with Pacific Opera Project, the role of Death in the world premiére of Rick Sowash’s Death and the Everyman, Don Alfonso in Così fan tutte, and Escamillo in Carmen with Mid-Ohio Opera, and Simone in Gianni Schicchi, Sarastro in Die Zauberflöte and Ferrando in Il trovatore with Southern Illinois Music Festival.

Additionally, Andrew has performed across the country proficiently demonstrating the vocal power and sonority to sing such roles as Mephistopheles in Gounod’s Faust and Sarastro in Die Zauberflöte, the range and physicality to perform buffo roles like Don Bartolo in Il barbiere di Siviglia, Don Alfonso in Così fan tutte, Don Magnifico in Cenerentola; and the flexibility and agility to sing challenging Handelian roles including Zoroastro in Orlando, Ariodate in Serse, and Argante in Rinaldo.

With years of studying under renowned teachers such as Rick Christman, Braeden Harris, and Kenneth Shaw; Andrew became a standout in mainstage roles at several of the nation’s most prestigious Young Artist programs such as Des Moines Metro Opera, St. Petersburg Emerging Artist Program, and the Tyler Young Artist Program.