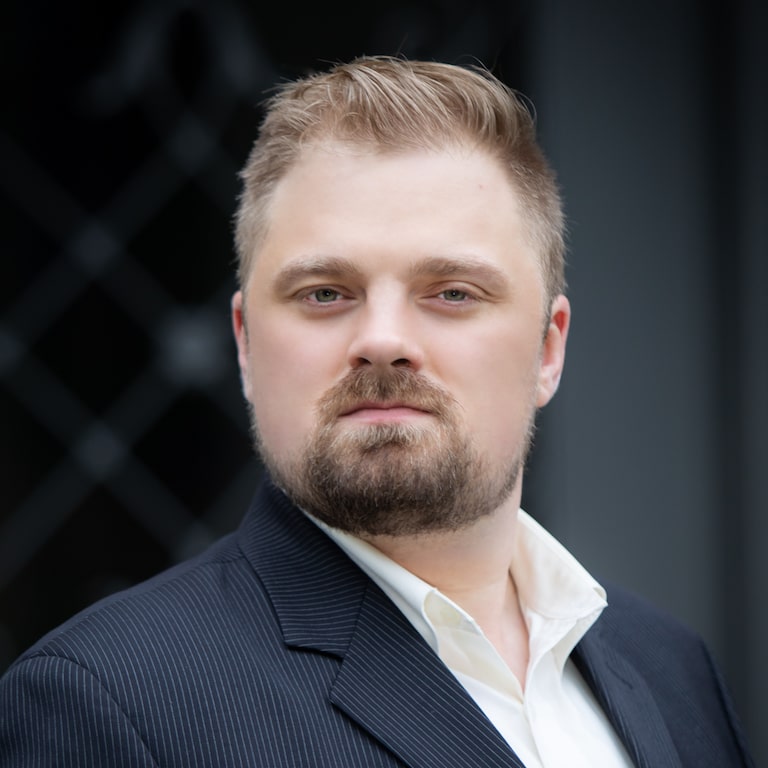 A native of Michigan’s Upper Peninsula, Adam Lowe has enjoyed a varied career which has seen him perform with as a trombonist with orchestras, acting the classic works of Shakespeare, tap dancing in Cole Porter, singing in opera houses, and everything in between. This diverse education has gifted him with strong theatrical and musical gifts which he channels now into his true passion of opera.

He was most recently seen stepping in for an ailing Don Jose in Mill City Summer Opera’s production of Carmen. He answered the call and “sang valiantly” (StarTribune) the last two acts of Bizet’s masterwork with his “…exceptional instrument” (Pioneer Press).

His other recent credits include The Lead Tenor in a Premiere of a previously unreleased Cole Porter show La revue des ambassadeurs, covering Richard Dauntless in Gilbert and Sullivan Very Light Opera Company’s production of Ruddigore, Gastone in Capitol Opera Harrisburg’s La Traviata, Don Jose in Opera Western Reserve’s mini mainstage production of Carmen and The Witch in University of Akron’s staging of Hansel and Gretel.