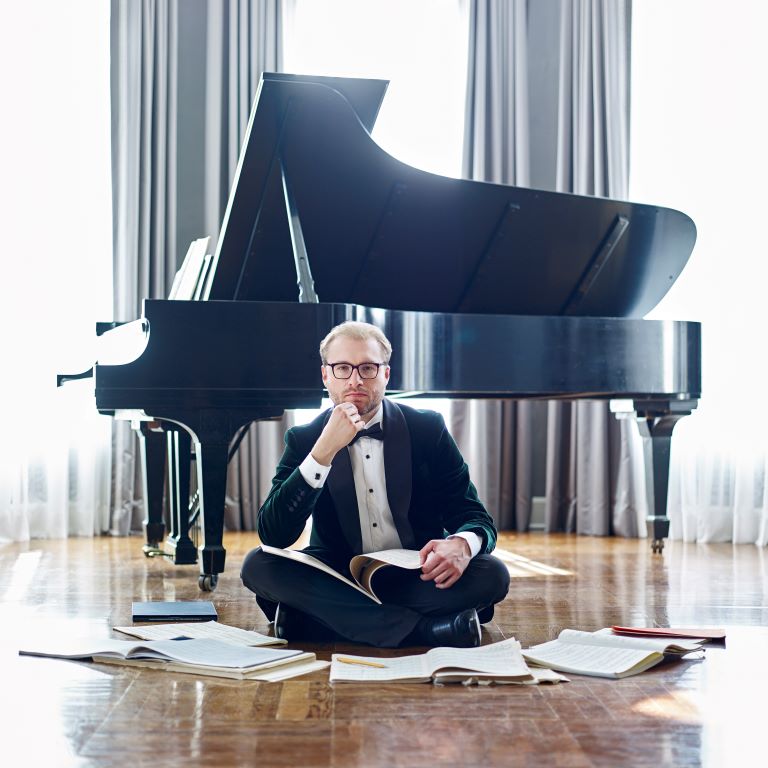 Polish-American pianist Adam Golka (born 1987) first performed all of Beethoven’s Piano Sonatas when he was 18 years-old, and in 2020-2021 Adam Golka performed the cycle of Beethoven’s 32 Sonatas in NYC, Orlando, and Houston, for live streams and socially-distanced audiences. Adam’s performances were complemented by 32 short films he created, known as 32@32 (available on YouTube), documenting his preparation for climbing the Everest of piano literature and featuring an amalgam of distinguished guests, from an astrophysicist to Alfred Brendel.

As a concerto soloist, he has appeared with dozens of orchestras, including the BBC Scottish Symphony, NACO (Ottawa), Warsaw Philharmonic, Shanghai Philharmonic, as well as the San Francisco, Atlanta, Houston, Dallas, Milwaukee, Indianapolis, New Jersey, and San Diego symphonies. Chamber music is an integral part of Adam Golka’s life, and he has performed repeatedly at the Krzyżowa-Music “Music for Europe” festival, as well as the Marlboro, Ravinia, Music@Menlo, Caramoor chamber music festivals in the U.S.