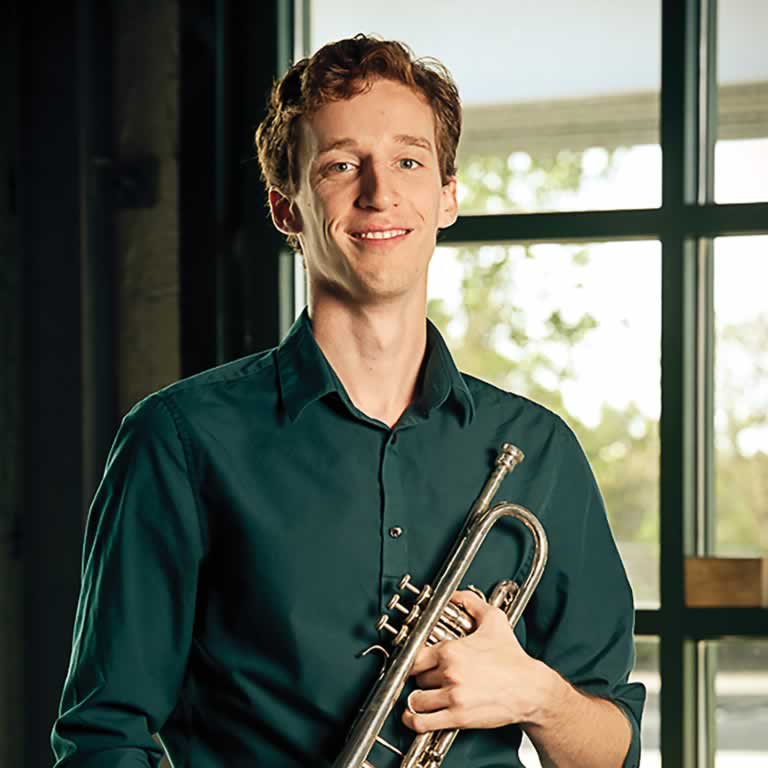 Primarily a classical trumpet player, Tristan Clarke’s focus on orchestral style and phrasing has made him stand out among musicians in the field today. Mr. Clarke joined the Jacksonville Symphony Orchestra as principal trumpet in 2016 after playing a year as a member of the Charlotte Symphony. Mr. Clarke’s commitment to orchestral music has provided him with opportunities to work with some of the finest musicians of our time including Charles Dutoit, Itzhak Perlman, Alan Gilbert, Leonard Slatkin, Michael Tilson Thomas, and James Levine. He has acted as a substitute member of the Boston Symphony Orchestra, Boston Symphony Brass, Boston Pops, Atlanta Symphony, and Roanoke Symphony. Tristan has performed in Carnegie Hall, Avery Fisher Hall, The Koussevitzky Music Shed at Tanglewood, and Alice Tully Hall.

Mr. Clarke began his studies at the Peabody Institute studying with Joe Burgstaller and Edward Hoffman. He later completed his undergraduate degree at the Juilliard School in 2015 as a student of Mark Gould. While orchestral music is his passion, in the past three years Tristan has picked up the french horn and the piano as auxiliary instruments. At Juilliard, he performed in concert on french horn.

Mr. Clarke was the recipient of the orchestral fellowship and the AACA fellowship at the Aspen Music Festival in 2012 and 2013. In December of 2012 and 2014 he was first trumpet in the New York String Orchestra for four concerts in Carnegie Hall. In 2014 and 2015, he was invited to the Tanglewood Music Center as one of their five trumpet fellows.