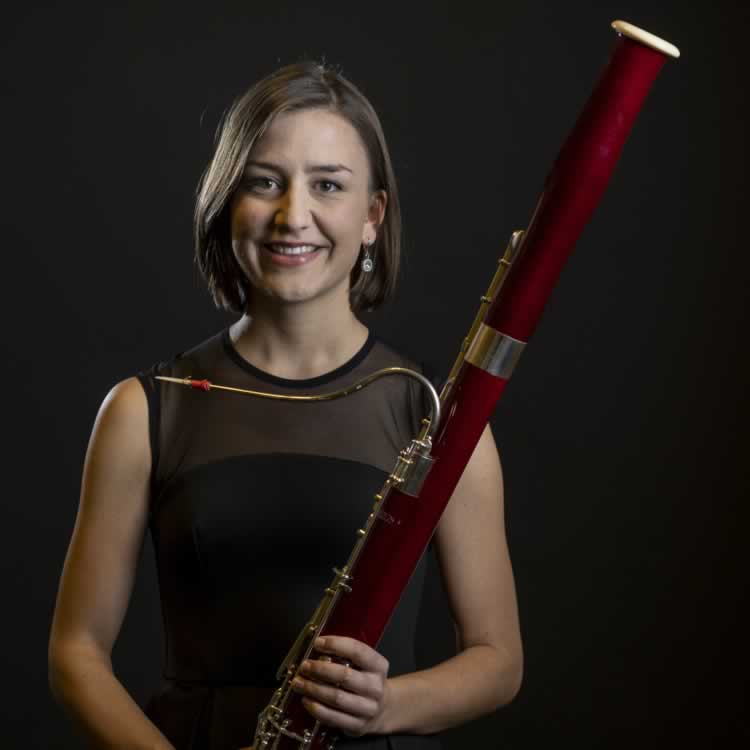 Bassoonist Sarah Tako from Stillwater, Minnesota, completed her undergraduate studies at the Curtis Institute of Music in Philadelphia in 2017. She was the first prize winner of the Meg Quigley Vivaldi Bassoon Competition in 2016. Tako has substituted in concert with the Philadelphia Orchestra, as well as with the Minnesota Orchestra. An active chamber player, Tako has performed with The Jupiter Symphony in New York City, as well as with the Orpheus Chamber Orchestra, and also with the Pennsylvania Ballet.

Sarah has soloed with the Minneapolis Pops Orchestra, and the Edmonton Symphony in Alberta, Canada as a part of their “Masterful Mozart” concert series. She has performed in master classes with esteemed bassoonists including Frank Morelli, Per Hanevold, Nancy Goeres, William Winstead, Richard Svoboda, and her former teacher, John Miller.

Sarah has also performed on Minnesota Public Radio as a part of the “Minnesota Varsity” music competition, of which she was a finalist and showcase artist. As a finalist, she also performed at the Fitzgerald Theater, home of “Prairie Home Companion” in Saint Paul, Minnesota. Tako has also performed live on American Public Media’s “Performance Today”, where she performed a newly commissioned woodwind quintet. While living in Philadelphia, Sarah performed regularly as principal bassoon of Symphony in C in New Jersey.

Currently, she is living in Budapest, Hungary, playing second bassoon and contrabassoon in the Danubia Orchestra, as well as recording soundtracks for foreign films. During her free time, Sarah enjoys cooking and enjoying the beautiful sights in Budapest.