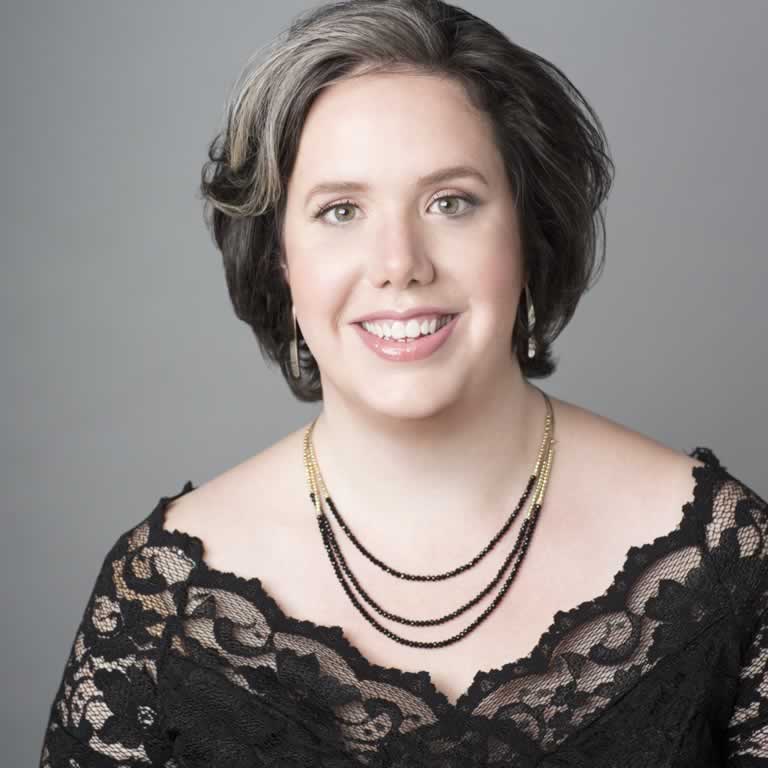 Praised for her “unusually rich and resonant voice” (Opera News), contralto Sara Couden is a premiere interpreter of operatic, chamber, and song repertoire. Her 2019 season included company debuts with Winter Opera St. Louis as Ruth in Pirates of Penzance, Ars Minerva as Ormondo/Clorindo in Ermelinda, and Philharmonia Baroque Orchestra as Israelitish Man in Judas Maccabaeus, as well as a return to Staunton Music Festival as Irene in Theodora. In 2020 she sang for the first time with the Philadelphia Orchestra as Mother/Cup/Dragonfly in L’enfant et les sortileges. Her scheduled 2020 debuts with San Francisco Opera as Rita in The Handmaid’s Tale and Seattle Symphony in Messiah were unfortunately canceled due to COVID.

In 2021, Ms. Couden will debut with Portland Baroque Orchestra in a program of early Italian music, tour Stravinsky’s Three Songs from William Shakespeare and Gubaidulina’s Ein Engel with Musicians from Marlboro, sing Junon in Platee in a Mark Morris Dance Group and Philharmonia Baroque co-production, and perform Kindertotenlieder at the Staunton Music Festival.

​Highlights of 2018 included a return to Carnegie Hall as the alto soloist in Sir Karl Jenkins’ Stabat Mater, Dejanira in Handel’s Hercules at the Staunton Music Festival, Testo in Stradella’s La Susanna with Heartbeat Opera / Opera Lafayette, Bach cantatas at the Philadelphia Chamber Music Series, Shostakovich’s From Jewish Folk Poetry with the Chamber Music Series at Lincoln Center, Bach’s St. Matthew Passion with True Concord Voices and Orchestra, and a return to the Met to cover Marta / Pantalis in Mefistofele.

​In previous seasons, Ms. Couden made her Metropolitan Opera debut as Albine in Thais and covered Erste Magd in Elektra. She toured Japan with Maestro Masaaki Suzuki in Bach’s B Minor Mass, performed Third Lady in Die Zauberflote with the Los Angeles Philharmonic, Dryad in Ariadne auf Naxos and Penelope in Il ritorno d’Ulisse in patria with West Edge Opera, and sang “Urlicht” as the alto soloist in Mahler’s Second Symphony with the Santa Cruz Symphony. She completed the Lindemann Young Artist Program at the Metropolitan Opera in 2017, and has been a fellow at the Marlboro Music Festival, Music@Menlo, Music Academy of the West, and the Institute for Young Dramatic Voices. Ms. Couden holds a Master of Music with Honors from the San Francisco Conservatory of Music and an AD in Early Music, Chamber Music, and Oratorio from the Yale Institute of Sacred Music.