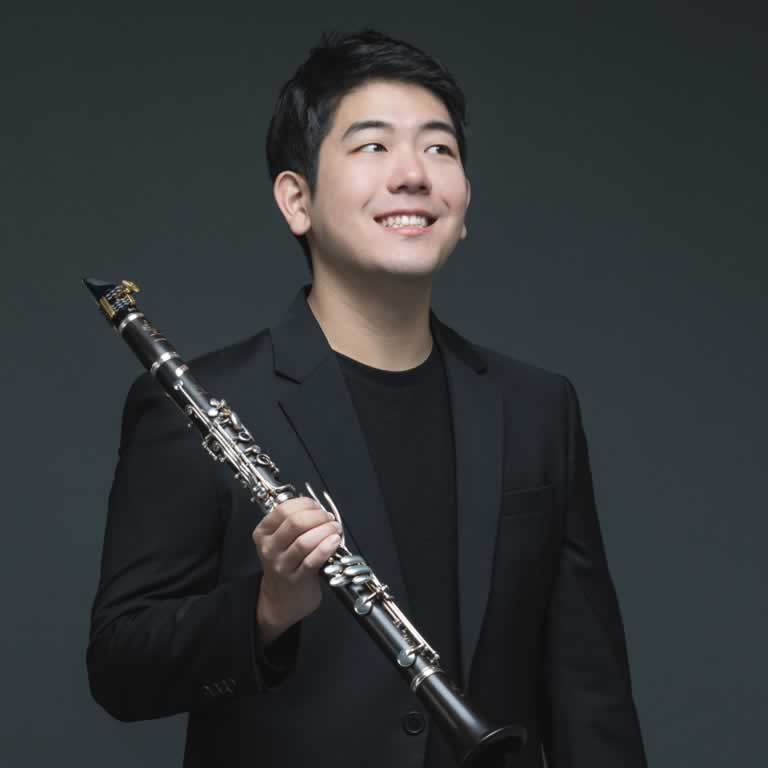 South Korean clarinetist Sang Yoon Kim (1987) was appointed Principal Clarinet of the Saint Paul Chamber Orchestra in 2018. Sang Yoon is the first prize winner of the 67th Prague Spring International Music Competition 2015. He appeared as a soloist with BBC Symphony Orchestra under the baton of their Music Director, Sakari Oramo at the Prague Spring International Music Festival. As a passionate orchestra player, he has played as the guest principal clarinet of The Cleveland Orchestra and London Philharmonic Orchestra, with Vladimir Jurowski, Christoph Eschenbach, Franz-Welser Most, Jaap Van Zweden and many others.

Sang Yoon was featured as Young Artist-in-Residence at the American Public Media National Broadcast including interviews with Fred Child and performances taped in St. Paul, MN in 2014.

Kim performs frequently as a soloist ; he has appeared with the Brussels Philharmonic Orchestra, Orchestre Opera de Rouen Haute-Normandie, Auburn Symphony Orchestra, Kwazulu natal symphony Orchestra, he toured Germany with the Pro Artibus Orchestra. Kim is well respected in his native country as well, where he regularly performs in concert with the important South Korean orchestras – the Prime Philharmonic, Seongnam Philharmonic, Mokpo Philharmonic and Gwangju Philharmonic. When the Deutsche Kammerorchester Berlin travelled on tour to South Korea, Kim appeared with them as a soloist at four concerts. Also he has been invited to perform at the Seoul Spring International Chamber music Festival and Great Mountain International Winter Music Festival.

Kim made his debut with the Colburn Orchestra at the Walt Disney Concert Hall in Los Angeles in 2013. The orchestra was conducted by the Los Angeles Philharmonic Orchestra’s fellow conductor Dietrich Paredes and the press raved about the performance given by the young clarinetist: ” His strikingly mature artistry, his poised security of technique and expression were a marvel, From his instrument were drawn silken lines of sound, suffused with a dewy poignancy, and, in the finale, manic squawks and yawps. ”

Sang Yoon Kim is also a sought-after chamber musician, working with leading international artists, among them Swedish clarinetist Martin Frost, the celebrated French string quartet Quatuor Ebene, and pianists Jean-Yves Thibaudet and Robert Levin. Kim also made his debut at the Ravinia Festival with the Calidore String Quartet in 2013.

The graduate of the Conservatoire national superieur de musique et de danse in Paris, where he was accepted as the first Korean clarinetist in the school’s history. He studied there in the years 2005-2010 with distinguished professors Michel Arrignon and Pascal Moragues. His tuition in Paris was preceded by three years with Florent Heau at the Conservatoire a Rayonnement Regional de Rueil-Malmaison. After Paris he went on to study in Los Angeles at the Colburn Conservatory of Music, gaining an artist diploma under Yehuda Gilad in 2014.