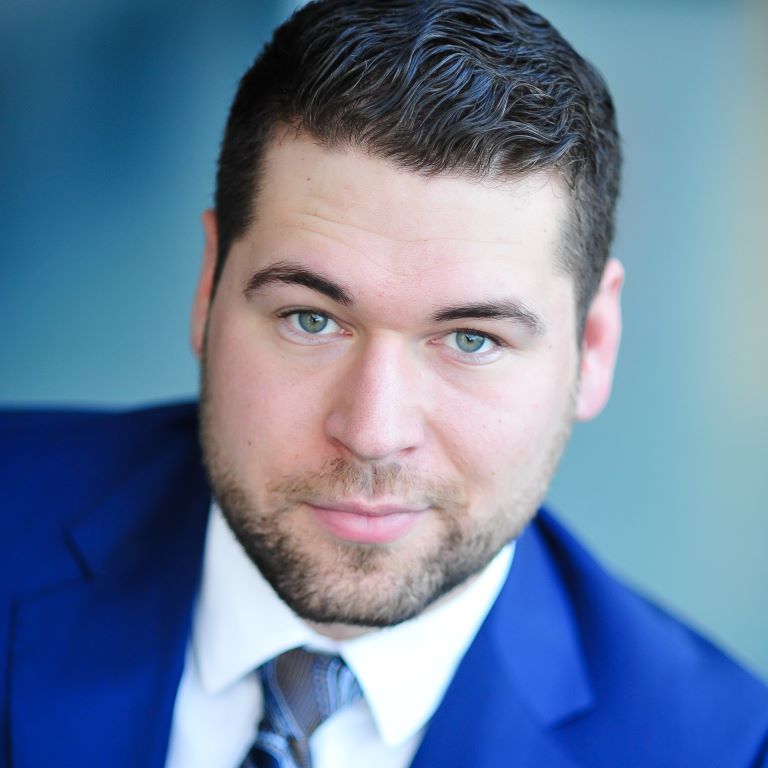 Robert H. Riordan, a Wisconsin native, is a versatile performer on grand mainstages as well as intimate cabaret venues. In the 2021/22 season Robert sang Prince Gremin, Zaretsky, and Captain Petrovich in Skylark Opera Theatre’s Eugene Onegin, while also covering the title role and aiding the production as dance captain. Earlier this season he also sang King Balthazar with Skylark in their production of Amahl and the Night Visitors. This season he produced his first benefit recital raising over $1,000 for Alzheimer’s research. In the summer of 2021, Robert was selected as a Tomita Young Artist with Finger Lakes Opera where he sang the role of Fiorello in Il barbiere di Siviglia. He has previously been an Apprentice Artist with Lyric Opera of Kansas City and spent several summers performing with Aspen Music Festival. Some of Robert’s other credits include Frank in Die Fledermaus, Junius in The Rape of Lucretia, and Top in the Bulgarian premiere of The Tender Land. He holds a MM in Voice Performance from the University of Missouri-Kansas City and a BM from the University of Minnesota Twin Cities. Upcoming performances include Drifter #3 in Minnesota Opera’s world premiere of Edward Tulane and his second annual benefit recital this fall.