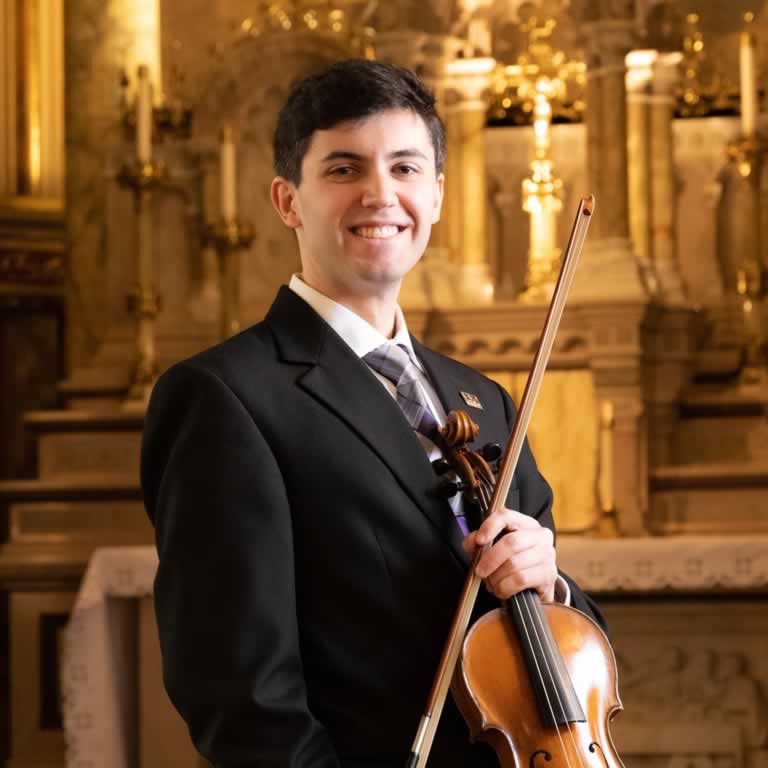 Violinist​ Paul Hauer​ joined the Milwaukee Symphony Orchestra in the fall of 2016. Solo concerts have brought Mr. Hauer to the countries of Germany, Greece, France, the Czech Republic, and the Philippines. Chamber music and orchestral concerts have brought him to Italy, San Marino, Singapore, Mexico, and China. Before moving to Milwaukee, Mr. Hauer was Principal Second Violin of the Evansville Philharmonic Orchestra, and performed regularly with the Indianapolis Symphony and the Louisville Orchestra.

Mr. Hauer traveled to Athens in May of 2015 to participate in the 4th Leonidas Kavakos International Masterclass. One month earlier, he performed the Sibelius Violin Concerto with the Springfield Symphony Orchestra. Other honors include winning the Indianapolis Matinée Musicale Collegiate Competition in 2013, which resulted in a performance at the Indiana Landmarks Center. In the summer of 2011, he toured Europe with the Denver Young Artists Orchestra as the soloist for the Barber Violin Concerto.

Early violin training came from Gloria Schroeder and Ferenc Fenyő. Hauer also studied with Stéphane Tran Ngoc, Carol Leybourn, and Catherine Walby through the Lawrence Academy of Music. He has attended the Montecito International Music Festival, Oberlin in Italy, and International Academie de Courchevel. Hauer received his degrees from Oberlin Conservatory and Indiana University’s Jacobs School of Music. His principal teachers include, David Bowlin, Alex Kerr, and Addison Teng. During the school semesters, Mr. Hauer coaches strings at the Milwaukee Youth Symphony Orchestra, the Barcel Suzuki String Academy, Homestead High School, and Maranatha Baptist University. As a founding member of the 414 Quartet, he performs with MSO colleagues in venues all across the city of Milwaukee. Mr. Hauer is a Wisconsin native and performs with the Peninsula Music Festival in Door County for three weeks every August.