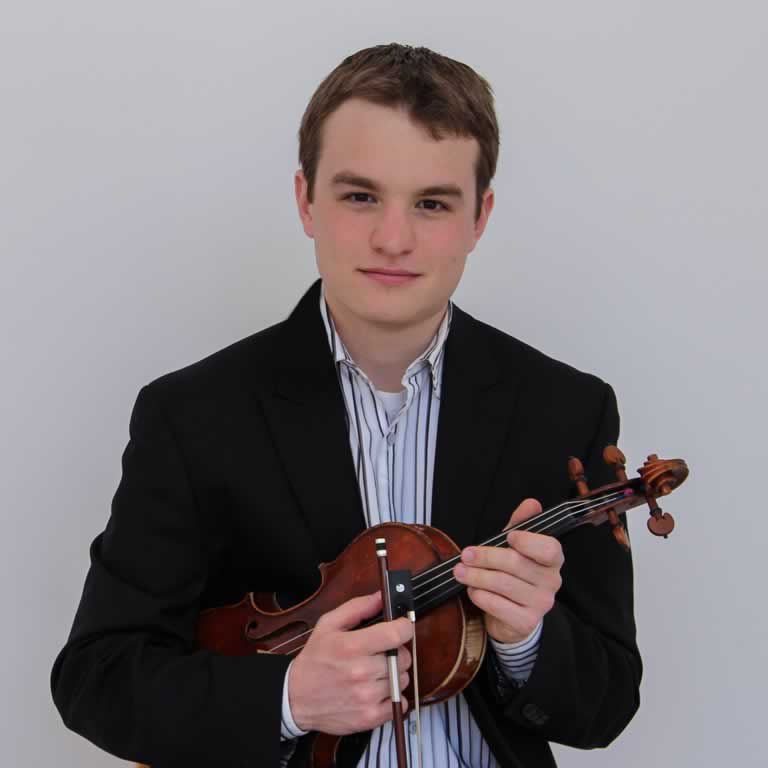 Michael received his Bachelor’s degree from Case Western Reserve University as a student of Dr. Carol Ruzicka. He served as concertmaster of the Case/University Circle Symphony Orchestra for three years, and performed Wieniawski’s Second Violin Concerto with the orchestra in 2009. Michael also performed Wieniawski’s Scherzo-Tarantella with the Case Symphonic Winds in a concert at Severance Hall in 2011. Michael earned his Masters degree in 2014 from the Cleveland Institute of Music as a student of William Preucil, and spent the following three years as a violin fellow with the New World Symphony in Miami Beach, Florida. During his time as a New World fellow, Michael performed in concerts at Carnegie Hall, the Kennedy Center, and the 2016 Festival Casals in San Juan, Puerto Rico. He collaborated in chamber music concerts with renowned artists such as Inon Barnatan and Roberto Gonzalez-Monjas, and also traveled to Medellín, Colombia to teach and perform as part of an exchange program with the Orquesta Filarmonica de Medellín. In November of 2015, Michael appeared as a guest soloist with the All University Orchestra of Carnegie Mellon performing Dvorak’s Violin Concerto.