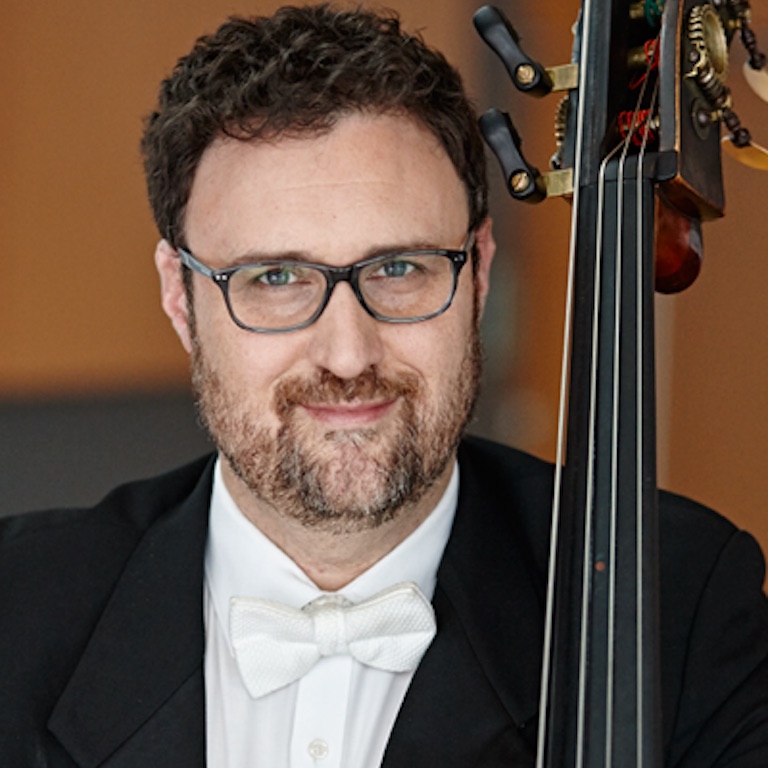 A graduate of the Curtis Institute of Music in Philadelphia, Matthew Frischman joined the Minnesota Orchestra in 1998. He served as Acting Co-Principal bass from 2012-15. Prior to his appointment here, he held positions in the New World Symphony and the Virginia Symphony. He has also performed extensively with the Chicago Symphony, the National Symphony, the Milwaukee Symphony and the New York Philharmonic.

In addition to his work with the Minnesota Orchestra, he has performed at the Bravo Vail festival with the New York Philharmonic, the Oregon Bach Festival and the Strings Music Festival in Steamboat Springs, Colorado.

Matt is also a drummer performing with the bands Treehorn and The MOB, or Minnesota Orchestra Band, a project he developed with Principal Percussionist Brian Mount. The MOB plays classic rock music free for orchestra patrons throughout the concert season.