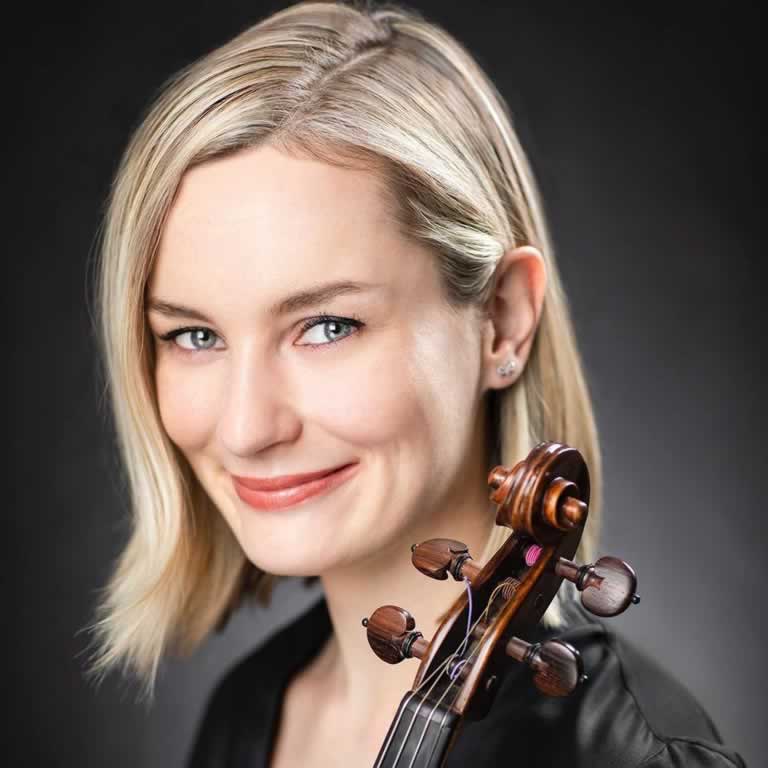 Violist Leah Ferguson joined the New York Philharmonic in October 2018, having previously been a member Boston Symphony Orchestra since 2016. Originally from Chicago, she began playing the violin at age five and switched to the viola at age twelve, studying with Roland Vamos.

As a chamber musician, Leah has performed at festivals including Music@Menlo, Ravinia’s Steans Music Institute, the Verbier Festival, and the Perlman Music Program. She has collaborated with musicians including Itzhak Perlman, Joshua Bell and Miriam Fried, and performed as a guest artist with the Academy of St Martin in the Fields Chamber Ensemble. Leah’s performances have been broadcast by WCLV Cleveland, WFMT Chicago, WQXR The Greene Space, NPR’s From the Top and HBO’s documentary television series Masterclass. Leah has also performed with the Chicago Symphony Orchestra as guest principal viola, with the Orchestre symphonique de Montréal as guest associate principal and with the Rochester Philharmonic Orchestra as assistant principal.

Leah received her Bachelor’s degree from the Cleveland Institute of Music, where she studied with Robert Vernon and Mark Jackobs. She went on to receive a Graduate Diploma from The Juilliard School as a recipient of the Kovner Fellowship, studying with Heidi Castleman and Cynthia Phelps.