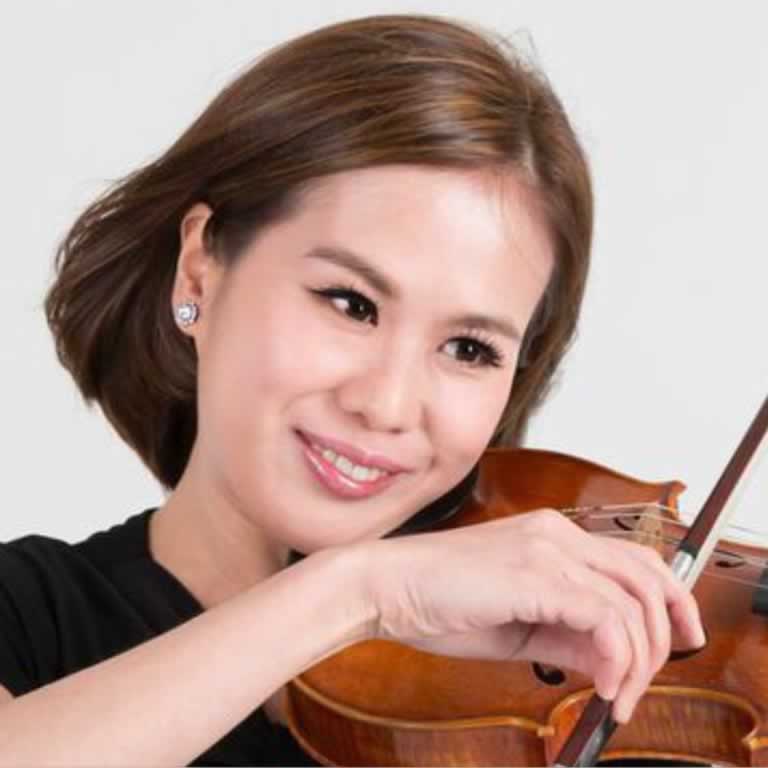 Born and currently based in Hong Kong, Kitty Cheung has performed around the world in Asia, Africa, Europe, Latin America and North America. She is the co-founder of Contrast (violin-saxophone-piano trio) and Romer String Quartet, and violin faculty at the Hong Kong Baptist University. She was previously the Associate Concertmaster of the Hong Kong Sinfonietta from 2011 to 2017, and taught at The Chinese University of Hong Kong as Ensemble-in-Residence with both her quartet and trio in 2014-15 and 2017-18 respectively. In the past she also performed in London Symphony Orchestra, Rochester Philharmonic Orchestra, Hong Kong Philharmonic Orchestra and Hong Kong New Music Ensemble, and led ensembles which recorded under the labels Decca, Loft, New World and Bridge. She has given solo recitals in Germany, Vienna, UK, USA, Thailand, Hong Kong and Shanghai, and made solo appearances with orchestras including the Hong Kong Sinfonietta and Hong Kong City Chamber Orchestra. She recorded broadcast performances for BBC Radio 3 and Radio Television Hong Kong.

Kitty holds a Doctor of Musical Arts and undergraduate degrees, and the Performer’s Certificate from the Eastman School of Music, where she also won prizes in excellence in teaching, excellence in chamber music and the Lecture Recital Prize. She was also appointed the Teaching Assistant of Professor Charles Castleman. Prior to that, she received Master of Music and Master in Music Performance (Guildhall Artist) degrees, both with distinction from the Guildhall School of Music and Drama. Her teachers included Lin Yao-Ji, Ho Hong-Ying, Charles Castleman, David Takeno and Zvi Zeitlin.