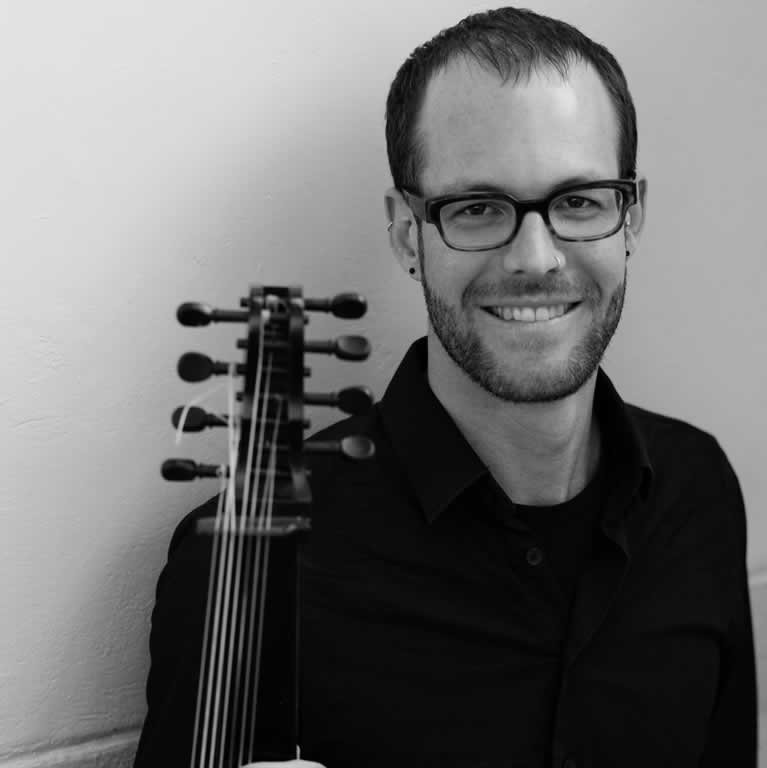 Joshua Stauffer is a restless creative who performs music from over four centuries on a variety of plucked instruments. He began his career as an electric guitarist performing jazz and improvised music, before transitioning to the classical guitar via contemporary works and chamber music. His diverse musical interests converged when he encountered the theorbo, a large lute which performs primarily basso continuo, or improvised accompaniment, in chamber and orchestral works from the 17th and early 18th centuries.

A keen interest in musical collaboration has taken Joshua across the United States and around the globe, including concerts in Thailand, Switzerland, and Canada. He is a founding member and the executive director of Time Canvas, an ensemble dedicated to performing early music and new compositions on period instruments. Recent orchestral appearances include Shattered Glass, CityMusic Cleveland, and the Columbus Symphony, and he has performed as a guest artist at the University of Michigan, Notre Dame University, and Utah State University.

Joshua is currently pursuing a Master of Music in historical plucked instruments at The Juilliard School in New York City. Previous studies include a Master of Music in classical guitar in the studio of Jason Vieaux at the Cleveland Institute of Music, and a Bachelor of Music in jazz guitar at the University of the Arts in Philadelphia.