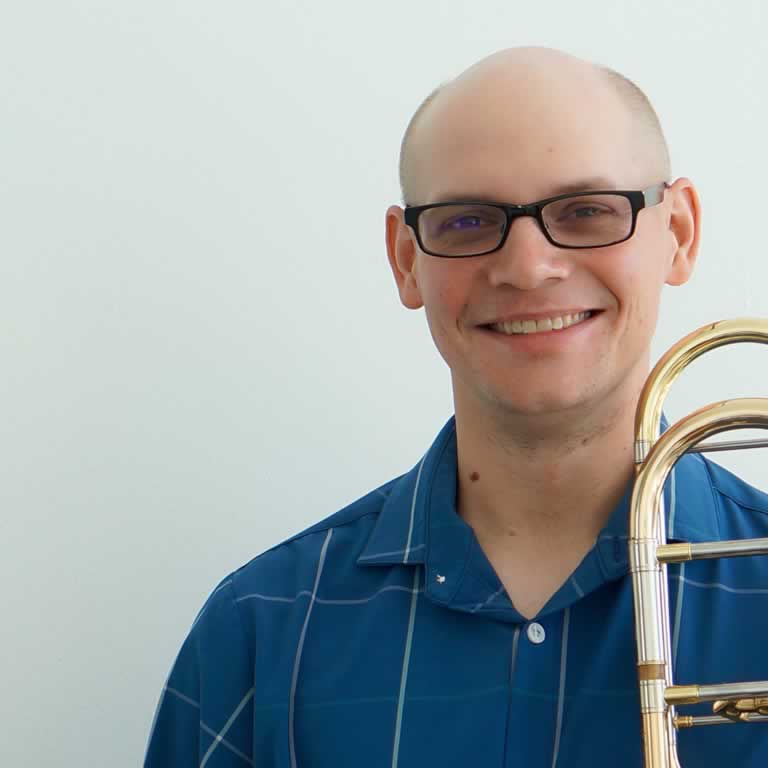 Joseph Peterson became a member of the New World Symphony in Miami Beach after serving as acting 2nd Trombone of the Charlotte Symphony for the 2015-16 season. Before moving to Charlotte, Joseph lived in Chicago where he received his Masters degree from Northwestern University. His teachers there included Michael Mulcahy, Peter Ellefson, Randy Hawes, Doug Wright, Tim Higgins and Chris Davis. During his time in Chicago, Joseph was also a member of the Civic Orchestra of Chicago and performed with the Chicago Symphony on several occasions. Joseph received his Bachelor’s degree from the Juilliard School where his teacher was Joseph Alessi of the New York Philharmonic. He has been a member of the Aspen Music Festival, Music Academy of the West, National Orchestral Institute, National Repertory Orchestra and the Tanglewood Music Center. In addition to the Charlotte and Chicago Symphonies, Joseph has also performed with the Colorado Symphony and the Louisville Orchestra. A native of Bothell, Washington, Joseph’s teachers growing up were Ko-ichiro Yamamoto, Chris Olka, Hamod Ebu-Eid and Peter Ellefson. He has performed with the Seattle Opera along with being a soloist with the Seattle Symphony performing Ferdinand David’s Concertino. Some of the prizes that Joseph has won include the winner of the International Trombone Association’s Lewis Van Haney Competition, 2nd prize at the Minnesota Orchestra’s Steven Zellmer Trombone Competition and the Bronze medal at the Fischoff Competition with the Lincoln Chamber Brass. Joseph has also been involved in several teaching engagements including being an Ear Training Teaching Fellow at the Juilliard School under the guidance of Mary Anthony Cox and has been a guest trombone instructor at the NEOJIBA Youth Orchestra in Salvador, Brazil. Some of the distinguished conductors that Joseph has played under include Charles Dutoit, Alan Gilbert, Bernard Haitink, Riccardo Muti and Christoph von Dohnányi.