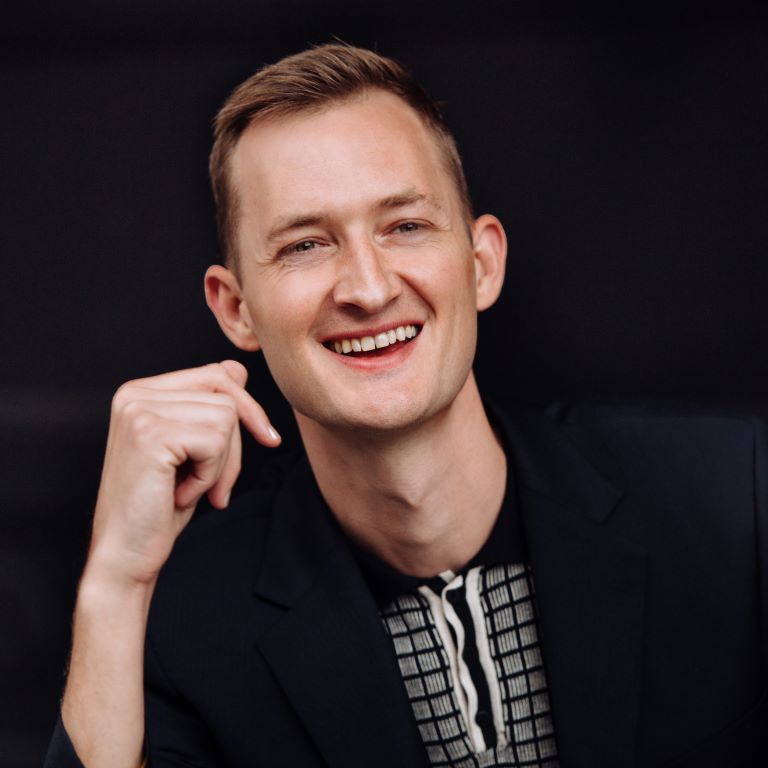 John Taylor Ward’s work seeks to broaden the impact of the arts. Whether as a classical singer, folk music researcher/practitioner, or a builder of institutions which set the standard for classical music’s community-driven future, each element of his artistry amplifies the others.

His performances have been praised for their “stylish abandon” by Alex Ross of the New Yorker, their “intense clarity and color” by the New York Times, and by the Washington Post for their “finely calibrated precision and heart-rending expressivity.” Recent stage highlights include the title role in Mozart’s Don Giovanni with Heartbeat Opera, Nick Shadow in The Rake’s Progress under the baton of Barbara Hannigan (recently released on DVD), and several roles in a world tour of Monteverdi’s operas with Sir John Eliot Gardiner.

As one of the founders of the Lakes Area Music Festival, Taylor has helped to nurture a thriving arts hub in rural central Minnesota. His work has developed the LAMF opera program into a destination for world-class artists, while fostering hundreds of new opera-lovers.

Also, his focus on community impact and development through the arts has contributed to a full suite of education and outreach opportunities which reach thousands of people every year. The Lakes Area Music Festival has also served as a laboratory for Taylor’s own artistic development, and it is where he has given some of his most memorable performances.

Originally from southern Appalachia, he has an innate understanding of rural American culture not shared by most practitioners in his field. Taylor’s work is therefore uniquely positioned to bring high art to small towns as he brings down-hominess to the world’s great concert halls.

His practice and study of shape-note music (an Early American form of folk hymnody) embodies this fluidity of culture. This tradition’s broad welcome – to all cultures, races, faiths, and musical abilities –feeds his work, and he has presented it everywhere from the Paris Philharmonie to the Primitive Baptist churches of northern Alabama.

Taylor holds a Bachelor of Music from the Eastman School of Music and a Doctorate of Musical Arts from the Yale School of Music. He is an associate artist of Heartbeat Opera and a founding core member of Cantata Profana, both ensembles based in New York City.