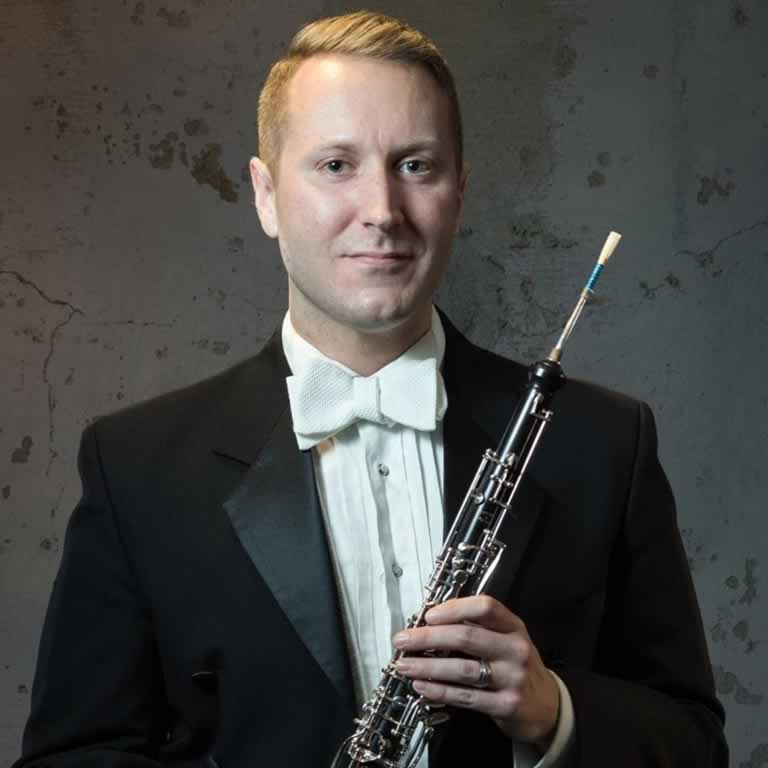 Jeffrey Stephenson joined The Florida Orchestra as solo English Horn in 2009. He previously performed as Acting Principal Oboe with the Houston Grand Opera and Houston Ballet orchestras, and he began his professional career at the age of 20 as a member of the Rochester Philharmonic Orchestra. He has also performed with the symphonies of Houston, Milwaukee, Atlanta, the Sarasota Orchestra, and the National Arts Centre Orchestra of Canada.

In 2007, Stephenson won first prize in the prestigious Fernand Gillet-Hugo Fox International Solo Oboe Competition and was also selected to perform in a collaborative recital for the Kennedy Center’s Millennium Stage concert series. He has been a featured soloist with The Florida Orchestra, Houston Ballet Orchestra, Banff Centre for the Arts, and at the annual conference of the International Double Reed Society. Stephenson has participated in numerous summer festivals including Tanglewood, Aspen, AIMS in Graz-Austria, the National Orchestral Institute, BRAVO! Vail Valley Music Festival, Banff Centre for the Arts, and the Sarasota and Norfolk Chamber Music Festivals.

Stephenson received his MM from Rice University, and his BM and Performer’s Certificate from the Eastman School of Music. He is from Columbia, South Carolina, and his major teachers include Richard Killmer, Robert Atherholt and Rebecca Nagel. During the summer seasons, he is Principal Oboe with the Central City Opera in Central City, Colorado.