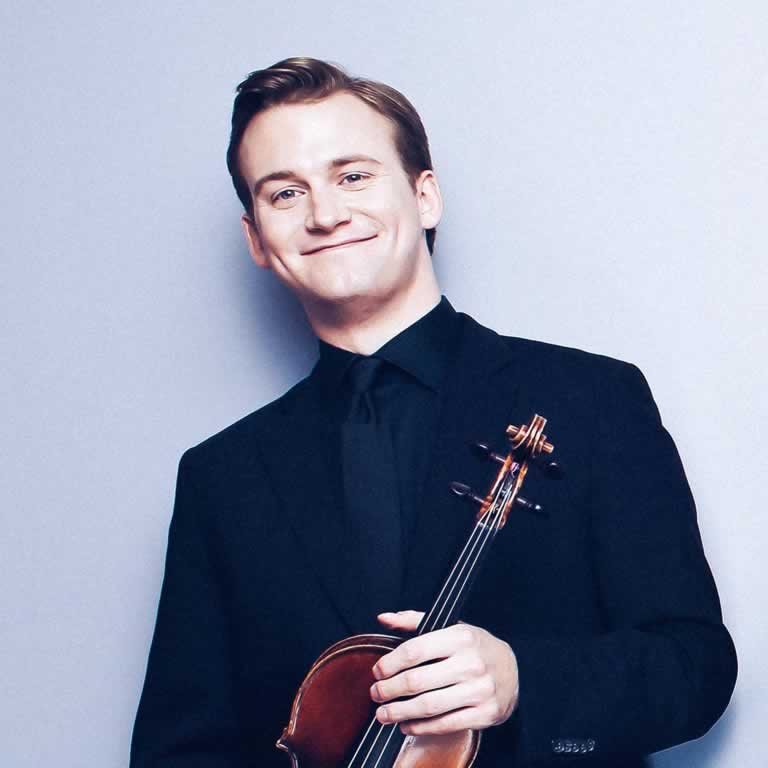 Canadian violinist Jeffrey Dyrda has performed across the Americas, Europe and Asia in a variety of musical roles. He has had extensive experience as concertmaster, leading international ensembles such as the Verbier Festival Orchestra, the Lucerne Academy Orchestra, and the New World Symphony. Mr. Dyrda has also appeared as Guest Concertmaster for the Jacksonville Symphony, Kitchener-Waterloo Symphony and the Hamilton Philharmonic Orchestra, and as Guest Principal Second for the National Arts Centre Orchestra.

Jeffrey recently concluded three seasons as the second violinist of the Rolston String Quartet, with whom he received the prestigious Cleveland Quartet Award, as well as the first prizes of the Banff International String Quartet Competition and the Chamber Music Yellow Springs Competition. They also received prizes at the M-Prize Competition and Bordeaux International String Quartet Competition, and were winners of the Astral Artists auditions. Mr. Dyrda performed with the Rolston Quartet to audiences in Canada, the United States, Germany, Italy, France, Belgium, England, the Netherlands, and the Czech Republic, as well as at the Spoleto, Cliburn and Banff festivals. They performed together in venues such as Esterházy Palace, La Chapelle Musicale Reine Elisabeth, Weill Recital Hall at Carnegie Hall, and the Smithsonian Institution.

Devoted to social projects and music education, Jeffrey has mentored at the Academia Filarmonica de Medellin in Colombia and served in South Korea as concertmaster for a World Peace Orchestra comprised of musicians from a multitude of UN countries. He has taught at Virginia Tech’s Intensive Chamber Music Seminar, and he holds degrees from Rice University, New England Conservatory, and McGill University, as well as Fellowships from the New World Symphony and Yale University, where he taught chamber music as part of their Fellowship String Quartet in Residence. In the summers, he enjoys playing as a member of the Verbier Festival Chamber Orchestra.