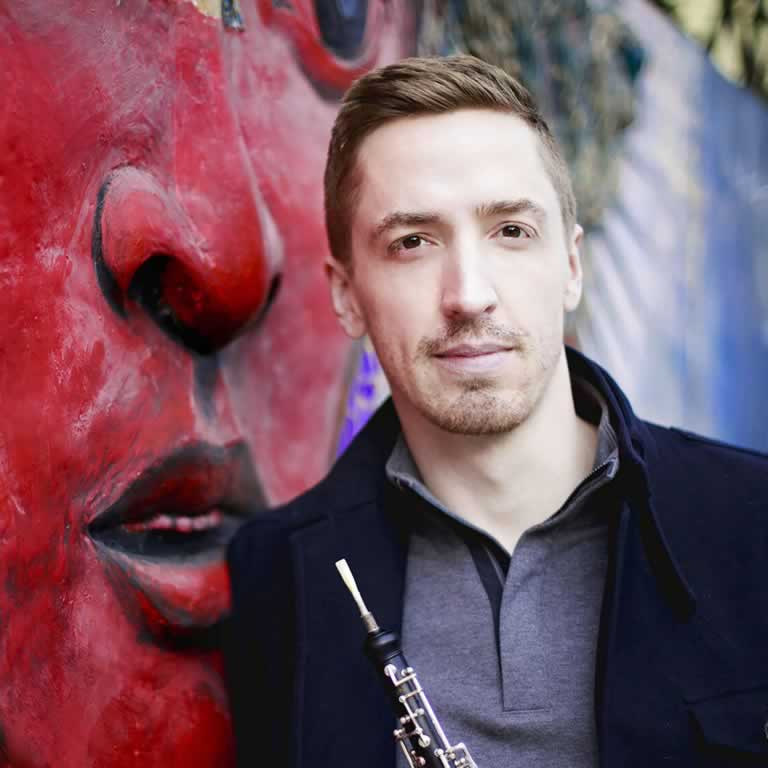 James Button was appointed Associate Principal Oboe of the San Francisco Symphony in September 2017. A native of Australia, he made his solo debut with the Melbourne Symphony at the age of seventeen. He later attended Temple University and the Juilliard School under the tutelage of Jonathan Blumenfeld and Eugene Izotov, respectively. He has also studied with John Mack, John de Lancie and Joseph Turner. Mr. Button was previously a member of the Nashville Symphony, Seoul Philharmonic, Santa Fe Opera Orchestra, New World Symphony, and has appeared as guest Principal Oboe with the Chicago Symphony, the Philadelphia Orchestra and the Los Angeles Philharmonic. He has performed at the Verbier, Edinburgh, and Tanglewood music festivals, as well as Italy’s Spoleto Festival dei Due Mondi and the Santa Fe Chamber Music Festival. His recording of the Higdon Oboe Concerto with the Nashville Symphony won a Grammy in 2018.