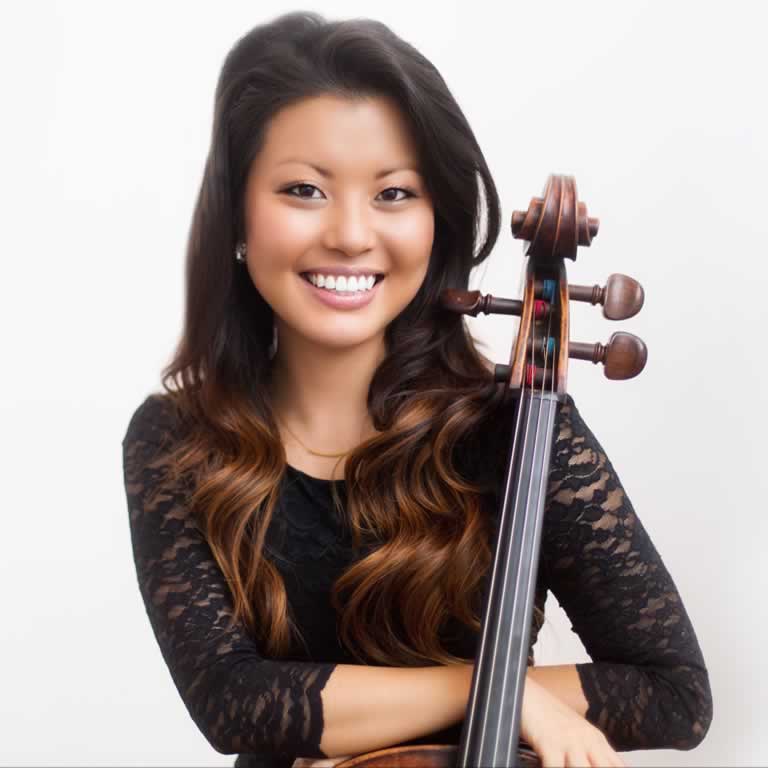 Cellist Grace An has shared her love of music with audiences across the world as an acclaimed orchestral player, chamber musician, soloist and teacher. Currently performing with the Winnipeg Symphony, Ms. An previously held positions in the Dallas Symphony Orchestra and Sarasota Opera Orchestra and has also performed with the Los Angeles Philharmonic, Baltimore Symphony, Auckland Philharmonia, Florida Orchestra, San Antonio Symphony, and Des Moines Metro Opera among others. She spent four seasons as a cello fellow in the New World Symphony under the baton and mentorship of Michael Tilson Thomas.

Ms. An has been featured as a soloist with the New World Symphony, Stanford Symphony Orchestra, and South Coast Symphony, in performances described as “sizzling with raw excitement and tonal beauty” (South Florida Classical Review). She performed in a widely seen recorded masterclass with Yo-Yo Ma and has collaborated with distinguished artists Emanuel Ax, the St. Lawrence String Quartet and eighth blackbird. She has given masterclasses and mentored young musicians at the Academia Filarmónica de Medellín in Colombia, served as a coach for the Stanford Symphony Orchestra and Greater Dallas Youth Orchestra, and adjudicator for the National Youth Orchestra USA. Ms. An has been heard on NPR’s What Makes It Great and Performance Today.

A native of Orange County, California, Ms. An began her musical training at the Colburn School of Performing Arts in Los Angeles, and completed degrees at Stanford University, Eastman School of Music, and Manhattan School of Music. Her teachers include Alan Stepansky, Alan Harris, Stephen Harrison, and Richard Naill. Ms. An performs on a rare French cello by Nicolas Darche, dated 1841. She lives in Winnipeg, Manitoba with her husband Jeff Dyrda, and is a voracious reader and food enthusiast!