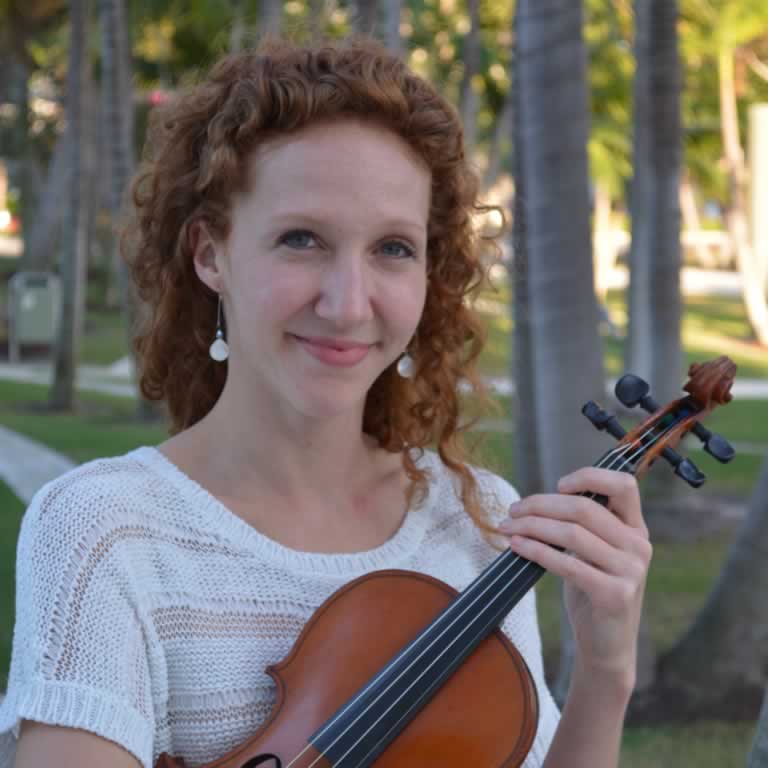 Violinist Erin Zehngut has performed throughout the United States, Europe, and South America. She joined the First Violin Section of the North Carolina Symphony in January of 2016. Before that, she was a fellow with the New World Symphony under Music Director Michael Tilson Thomas. In her time there, Erin appeared as Concertmaster and Principal Second Violin, performed in a variety of chamber music projects, and was active in the symphony’s Community Engagement program. She traveled to Medellín, Colombia on multiple occasions to perform and teach through an exchange with the Academia Filarmónica de Medellín. Erin also traveled to Meyrin, Switzerland, where she was the sole U.S. representative in a performance under Vladimir Ashkenazy to commemorate the 60th Anniversary of the Nuclear Research Institute CERN. Erin has also performed with the Minnesota Orchestra, and joined them on their historic tour to Cuba in 2015. She has also served on the faculty of the Eastern Music Festival in Greensboro, North Carolina.

She earned a Bachelor’s degree from the University of Michigan, studying with Aaron Berofsky, and a Master’s degree from the Cleveland Institute of Music, where she studied with Stephen Rose. While in Cleveland, she performed with many groups throughout the area, including the Canton Symphony and the Columbus Symphony Orchestras. Erin was also featured as a soloist with the National Repertory Orchestra in Breckenridge, Colorado. When she’s not playing the violin, Erin loves to hike, camp, and explore the outdoors.