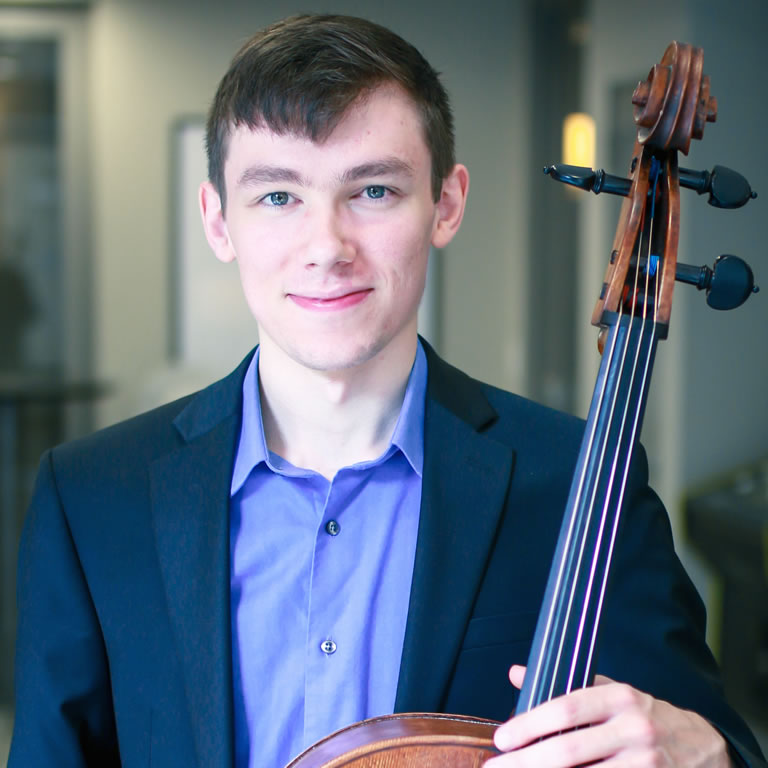 Houston-born cellist Erik Wheeler began his musical studies with Diane Bonds at the age of five. He has also studied with Steve Laven, Lynn Harrell and Brinton Smith, and with Desmond Hoebig at Rice University, where he earned his undergraduate degree, and at The Juilliard School with cellist Richard Aaron. While at Rice, he performed Tchaikovsky’s Rococo Variations with the Shepherd School Chamber Orchestra as the winner of the school’s concerto competition, and served as principal cellist for the Shepherd School Symphony Orchestra. He has performed chamber music alongside world-renowned artists including Jon Kimura Parker, Philip Setzer, Lawrence Dutton, Timothy Eddy, Kim Kashkashian, Susan Starr and Charles Wetherbee, and has appeared as a soloist with numerous orchestras including the Houston Symphony. Wheeler’s parents are both musicians, and his father Lawrence was Co-Principal Violist of the Minnesota Orchestra in the 1970s.