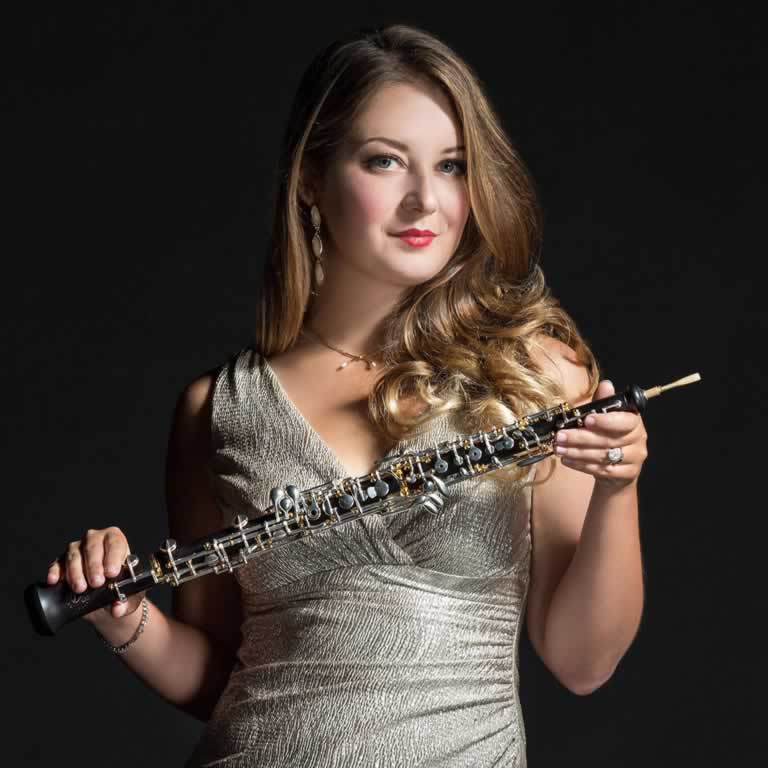 Elizabeth Koch Tiscione joined the Atlanta Symphony Orchestra as Principal Oboe at the beginning of the 2007-08 season. She currently holds the George M. and Corrie Hoyt Brown Chair.

In addition to her responsibilities with the ASO, Mrs. Tiscione plays Principal Oboe at the Grand Teton Music Festival, Festival Mozaic, and is a member of the Atlanta Chamber Players. She has performed as a guest principal with the orchestras of Philadelphia, New York, Chicago, San Francisco, St. Louis, Detroit, St. Paul, Baltimore, Rochester, Buffalo, and the Orpheus Chamber Orchestra. She has also been a guest artist with the Mostly Mozart festival orchestra, and the Aspen Music Festival. Solo engagements have included the World Youth Symphony Orchestra, Orpheus Chamber Orchestra, Atlanta Symphony, and Dekalb Symphony Orchestras. She has been featured on NPR’s “From the Top”, and has performed with many of the top chamber music festivals across the country, including the Chamber Music Society of Lincoln Center.

Mrs. Tiscione has a love for teaching, and is currently a faculty member at Kennesaw State University. In the summers she can be found on faculty at the Colorado College Summer Music Festival. She also has a small private studio in Atlanta.

A native of Hamburg, NY, Mrs. Tiscione began the oboe in the NY State public school system at age 9, and continued her studies at Interlochen Arts Academy with Daniel Stolper. She then went on to study with Richard Woodhams at the Curtis Institute of Music. Other teachers include Mark DuBois, Robert Walters, and Eugene Izotov.