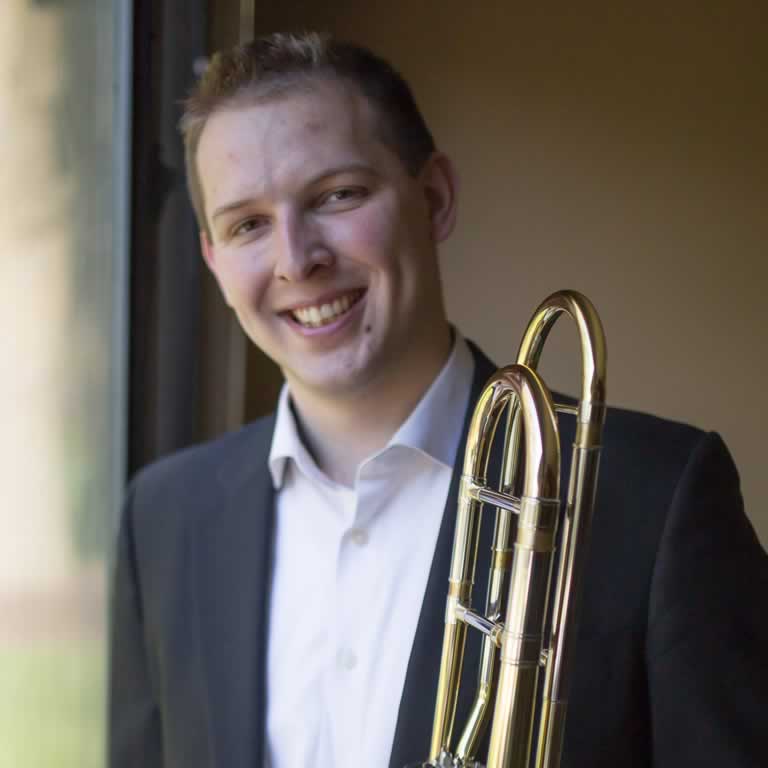 An avid chamber musician, Mr. Schwalbach is a founding member of The Brass Project, a flexible brass sextet devoted to expanding the brass chamber repertoire by commissioning, performing, and recording new works. The Brass Project’s entrepreneurial activities include the recent release of their first album, Cityscaping, a collection of commissions that features works by Pulitzer and Rome Prize-winning composers.

Daniel was born and raised in Menomonee Falls, Wisconsin, where he began his studies with Samuel Schlosser. He continued his studies at the Curtis Institute of Music with Nitzan Haroz, Matthew Vaughn, Blair Bollinger, and Craig Knox. He resides in Manhattan with his wife, Marié, a violinist in the New York Philharmonic.