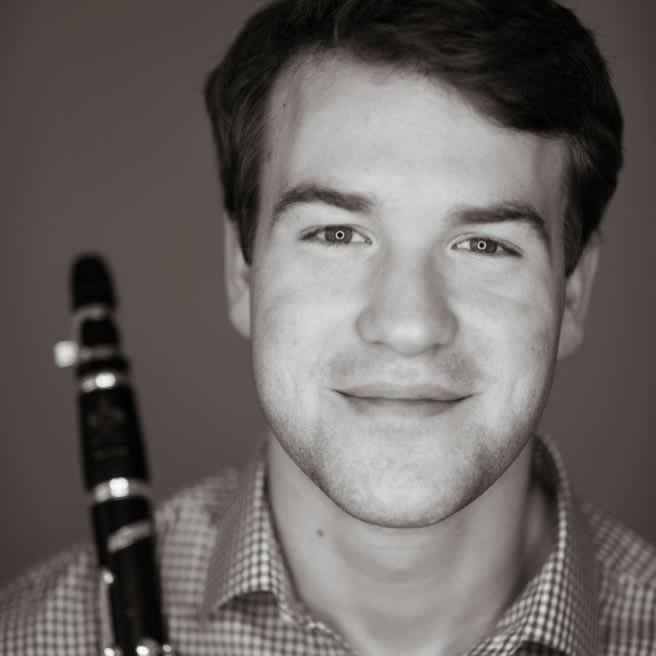 Christopher Pell is the Principal Clarinetist of the Cincinnati Symphony Orchestra, the Second Clarinetist of The Mostly Mozart Festival Orchestra, and the former Principal Clarinetist of The Louisiana Philharmonic Orchestra. Christopher has performed as Principal Clarinetist with The Toronto Symphony, The Saint Paul Chamber Orchestra, The Orpheus Chamber Orchestra, The Knights, The Orquesta Sinfónica de Minería (Mexico City), The Baton Rouge Symphony Orchestra, second clarinet with The Mainly Mozart Festival Orchestra, and a variety of positions with The American Ballet Theatre. He appeared as a soloist with The Louisiana Philharmonic Orchestra, The Park Avenue Chamber Symphony, The U.S. Army Band at Lincoln Center’s Avery Fischer Hall, and The Long Island Sound Symphony. He has also won first prize in the Vandoren Emerging Artists Competition. As a chamber musician, Christopher has performed with the Linton Chamber Music Series, the Cape Cod Chamber Music Festival, Twickenham Fest, The Orlando Chamber Soloists, the Luzerne Chamber Music Festival, NOLA 360, and the Lake George Music Festival. Christopher teaches at the University of Cincinnati’s College Conservatory of Music, has taught at the Interlochen Arts Camp and the University of New Orleans. Christopher graduated from The Juilliard School in 2013 and has twice been a fellow at the Tanglewood Music Center. Christopher is a Buffet Crampon artist and a Vandoren artist.