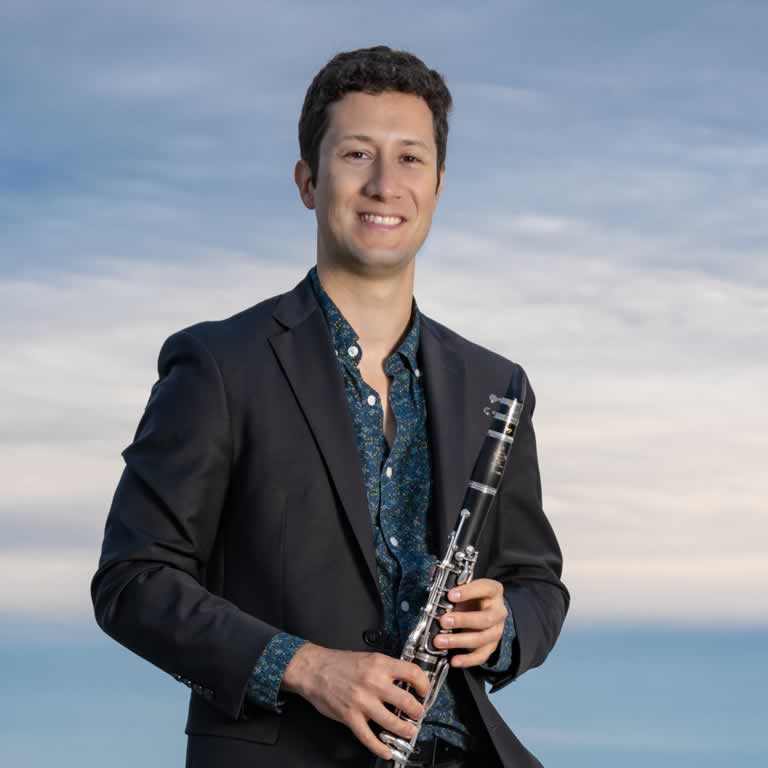 Mr. Adler has performed as soloist with the National Repertory Orchestra and was a grand-prize winner in the Francis Walton LMC competition in 2014. Benjamin competed in the Carl Nielsen International Clarinet Competition, where he was a semi-finalist.

As a chamber musician, Benjamin has performed throughout the Milwaukee area, including performances with the Prometheus Trio, Present Music, Milwaukee Musaik and the PianoArts Competition judges concert. He also has performed with the Chamber Music Society of St. Louis, Los Angeles Philharmonic Green Umbrella concert series, and the Hear Now Music Festival with members of the Los Angeles Chamber Orchestra.

Along with being a performer, Adler is an active educator within his surrounding communities. He has been on faculty with the Wisconsin Conservatory of Music and has also taken part in the MSOʼs ACE program, performing and teaching in dozens of public schools in and around the Milwaukee area. Benjamin has given masterclasses at UNC Greensboro School of Music and UNLV School of Music.

Mr. Adler grew up in Brooklyn, New York where he first started studying clarinet with his mother Laurie Friedman-Adler. Benjamin earned a Bachelor’s degree at Northwestern University under the tutelage of Steve Cohen. He received his Masters degree and Artist Diploma from the University of Southern California and the Colburn School respectively, where he studied with Yehuda Gilad.