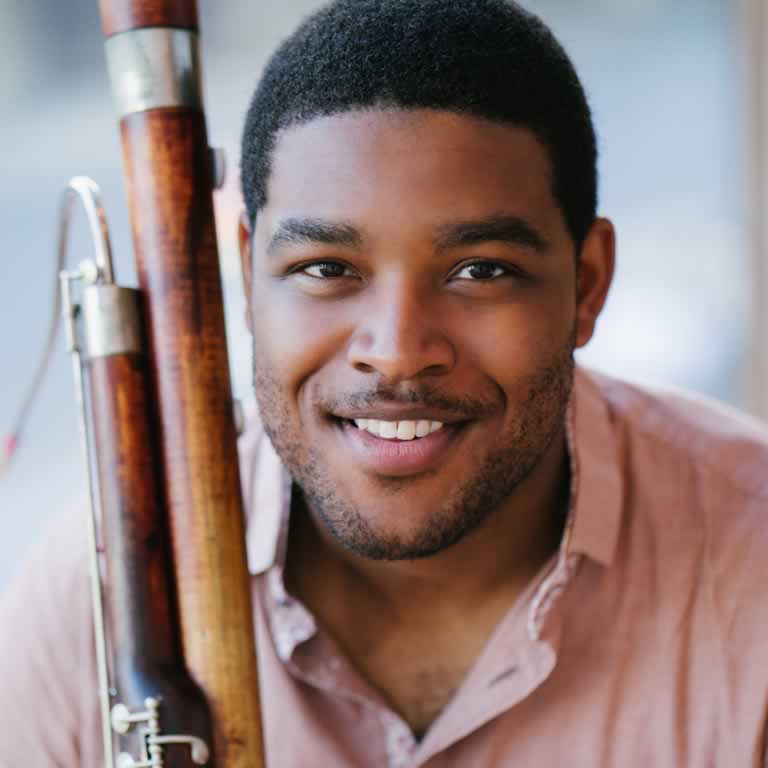 Andrew Brady joined the Atlanta Symphony Orchestra as Principal Bassoon in January 2016, having previously served in the same position with the Louisiana Philharmonic.

As a soloist, Brady has performed concertos by Rossini, Mozart, Weber, and Zwilich with the Atlanta Symphony Orchestra, Southeast Symphony, the Los Angeles Doctor’s Symphony, and The Colburn Orchestra, respectively. He has appeared as principal bassoonist with the Grand Teton Music Festival and the Los Angeles Philharmonic at the Hollywood Bowl, as well as on tours with the Orpheus Chamber Orchestra.

Brady’s artistry is in high demand and has taken him to South Africa, Korea, London, and Mexico as well as many destinations within the contiguous United States for both performances and education opportunities. The past three summers, Brady has been proud to be a member of the Chineke! Orchestra including a performance at the 2017 BBC Proms. The ensemble is Europe’s first Black and Minority Ethnic orchestra and seeks to promote diversity and change within classical music by increasing representation and visibility of musicians of color.

Enthusiastically involved in music education, he has served as an Artist-in-Residence at Kennesaw State University, and is also sought after for masterclasses and private tutelage. Brady has also served on the faculties of the Stellenbosch International Chamber Music Festival, National Orchestral Institute, and National Youth Orchestra/NYO2 through Carnegie Hall.

Brady received his Bachelor of Music degree from The Colburn School Conservatory of Music, where he studied with Richard Beene. Other major teachers and influences include Anthony Parnther, Rick Ranti, and Suzanne Nelsen.